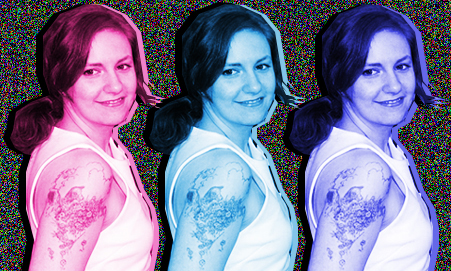 Next week, Lena Dunham’s Girls will return to TV, and no writer in recent memory has been as talmudically dissected. Her work and her life tend to bleed into one another, with questions of Dunham’s privileged upbringing, her connections to the art world and Manhattan’s cultural elite, and her supposedly limited life experience seeming as consequential, to many commentators, as anything she produces in her fictional TV drama. Of course, Dunham has fueled this process by creating a show that’s very much about her peers, but the discussion surrounding her and Girls is also evidence of the hunger commentators have for sifting a creator’s life from the work and judging it accordingly. (Philip Roth has toyed with this phenomenon to great effect.)

Writers have the peculiar position of working in private for a public audience. This produces tension between the story a writer tells himself and the one he tells others. When the work is ready and it’s time for a writer to run the publicity gauntlet, a narrative is created ex post facto. How did this book come together? What motivated this or that choice? How’d you get your start as a writer? Who helped you? Suddenly the jumbled events and workaday struggles of months or years must be stitched together into something resembling a story, and sometimes the story isn’t always the full truth.

That this kind of close reading is ultimately circular and exhausting hasn’t stopped it from being the favored sport of the New York commentariat. And to some extent, I understand it. Rampant success, particularly at such a young age, attracts suspicion. There’s no doubt that Dunham has had some advantages in life. To expect her to own up to it in an interview, however, to think that she might flagellate herself or in some way apologize or refuse these perks—that strikes me as an unrealistic expectation. And by doing so, we overlook what should largely inform our judgment of a writer: the work itself.

Still, despite however much I may excuse Dunham, or at the very least tire of the moralistic debate over her upbringing, I’ve recently found myself submitting other writers to similar scrutiny. What aren’t they copping to, I ask myself. And if they won’t say it, why won’t the journalists covering them do it instead?

A new literary journal, The American Reader, has earned an inordinate amount of press coverage, much of it based on the perceived glamour of its founders, their Ivy League degrees, and their connections, much like Dunham, to Manhattan’s art scene. Few of the profiles of the magazine—in the Observer, in the Daily Beast, and in the New York Times—pay much attention to what is in the magazine. (When they do, they often find it lacking.) A glittering social world, one largely populated by a monochromatic cast of the rich and well-connected, is the unacknowledged subject.

Separately, the New York Times this week profiled Nathaniel and Simon Rich, brothers who, at 32 and 28 respectively, already have an enviable roster of accomplishments behind them. (Peer envy is part of the subtext of any Rich brothers profile.) The two are indeed talented, with Nathaniel about to publish his second novel and regularly writing smart features and criticism for The New York Times Magazine, the New York Review of Books, and elsewhere, and Simon, having left a job as the youngest staff writer in Saturday Night Live’s history, now a writer at Pixar and the author of several books. (Even that is an abridged version of their resumes.) What raises the specter of nepotism though—and it’s mentioned in the first sentence of the NYT profile—is that their father is Frank Rich, doyen of America’s liberal pundits, their mother is Gail Winston, executive editor at HarperCollins, and their step-mother is Alex Witchel, a staff writer for The New York Times Magazine. You couldn’t ask for better bloodlines or for an easier entree into the New York literary world.

After reading these stories and many like them, and perhaps more importantly, after living in New York, where in a short time I’ve encountered less successful (but similarly pedigreed) versions of some of the aforementioned characters, I’ve realized that expecting these people to prostrate themselves, to admit their advantages, is a self-defeating game. It doesn’t mean that it’s wrong to ask these questions—journalists and critics should always push for uncomfortable truths; we should be trying to make journalism and publishing open to any socioeconomic class—but in the case of a young writer, by asking him to cop to nepotism, you are essentially asking him to admit that he’s a fake.

Again, that doesn’t mean that these questions shouldn’t be asked—a denial might reveal something interesting. But it means that we shouldn’t be outraged when we don’t get the full-throated confessions we want. This conclusion is best expressed by Simon Rich himself. In a thoughtful but overlong profile, which appeared in the New York Press in 2008, journalist Kimberly Thorpe spends a while meditating on the brothers’ background. At the time, Rich told Thorpe:

I reluctantly agree. Our outrage is better directed at the journalists who carry water for their gifted subjects, who dismiss these matters with a rhetorical wave of the hand. For example, when the New York Times’ Laura M. Holson writes that Nathaniel Rich “was slower to find his way, working for nearly two years as an assistant at The New York Review of Books before moving to San Francisco to write a nonfiction book about film noir,” it’s time to cry foul. For young writers, a gig at the NYRB, particularly straight out of college, is a dream job (even more so in this economy). It’s hardly a deviation from the path to literary success; rather, it’s a valuable waypoint.

If you’re looking for writers to reveal the benefits they reaped from being born in the right zip code, or attending the right school, look to older generations. Read their memoirs, where there’s less risk in sharing these revelations, where age often leads to wisdom and self-examination. Or listen to the Longform Podcast, where successful, mid-career magazine journalists talk candidly about the help (or lack of) they’ve had in their careers. Don’t look for this in young writers, even fabulously successful ones, who are still in the formative stages of their careers and still may be unable to recognize the boon of their privilege. And if you’re a journalist covering one of these bright young things, keep probing; but don’t patronize your readers by acting like these issues don’t exist.