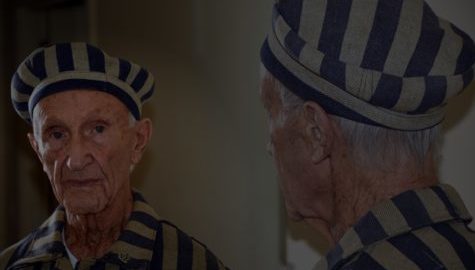 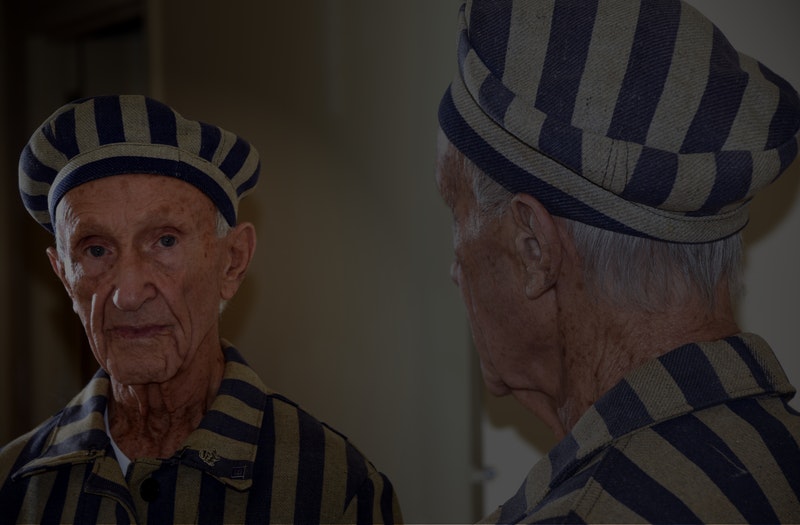 Destination Unknown, which opens in New York tomorrow, is a collection of testimonies from Holocaust survivors culled over a thirteen-year period. Jewcy had the chance to speak with director Claire Ferguson, producer Llion Roberts, and 92-year-old survivor Ed Mosberg about how this film came together and why it’s vitally important to keep talking about the Holocaust.

Jewcy: How did you begin working on this film?

Roberts: In 2001, I went with my brother on a trip to Auschwitz like millions of other people have done. When I got there, I came across a picture of a 13-year-old girl named Christina. She had been in Auschwitz from December 1943 to May 1944; she only survived six months. She was the spitting image of my own daughter, who was also thirteen at the time. That struck me, so when I went home, I immediately started researching.

Eighteen months later, I made a call to a company in Ronkonkoma, New York, that was the only place that had some equipment I needed, and eventually I got through and they explained to me that they were closed for Rosh Hashanah, Yom Kippur, and Sukkot. The conversation quickly turned to the Holocaust, and soon I was on conference call with one survivor, and then another. Ed Mosberg was the third, and this continued for the next fourteen years. In 2013, a sampler of the survivors’ interviews was put on Blu-ray. We met with Claire in December, and all 400 hours was put into her Avid.

Ferguson: I looked through all this extraordinary material, and it was then a question of how to piece together the jigsaw puzzle. What film do we make from this? It’s not possible to make a history of the Holocaust. It’s a well-trodden subject: the more you learn about it, the more it becomes unfathomable. How could you have a life with so much pain and then live with this? Focusing on the trauma of survivors and the lives they made afterwards seemed like the most powerful direction.

It was a huge challenge. Llion filmed thirty survivors, and in the film we only used twelve. Trying to tell a story with a narrative arc that would link these twelve survivors and still hold on to their individual stories was a delicate balance. The detail is what makes this film special. We even have love stories of people who survived and were reunited. There are important, moving details among horrible traumatic memories.

Jewcy: Ed, the sight of you wearing your uniform from the concentration camp and a tallit in the film is extremely powerful. Can you talk about what motivated you to do this?

Mosberg: Before the war, I had my whole family, and then everybody was murdered. This is what motivated me to do everything. My wife can’t talk about the war and what she lost because she was ashamed that she survived. Many tried to cover or eliminate the numbers on their arms. I was never ashamed. It is my duty to tell the world and show them what happened. I was wearing that tallit in Birkenau when I donated a Torah to the Israeli army. This was the end of the line of the railroad tracks: whoever came in there didn’t leave. Soldiers were saluting my wife at that time, and it was very powerful.

Jewcy: Ed, I read that you donated a Torah to Steven Spielberg’s synagogue. Can you tell me about some of the philanthropic work that you can do?

Mosberg: I’ve rescued about twenty Torahs from the Holocaust. I make them kosher, and then donate them. My mother was a religious woman – I think she would be very proud of it. I donate to Yad Vashem, to the Shoah Foundation, to rabbinical schools. Anyone who needs, I give to them, especially places where the Holocaust is involved. It’s very important that they teach people what can happen. When the camps were liberated in May 1945, Americans didn’t let them out from the camps because they were afraid that they would kill the Germans. When Patton was in charge of the camps, he said, “I cannot give to the Jews better food than other prisoners they will say I am discriminating. They want to go to Palestine, and English don’t want to let them in.”

If you were not there, you don’t know what it was. This was a terrible life. In October 1943, a group of rabbis came to talk to President Roosevelt to get him to bomb railroad tracks leading to the camps but he wouldn’t meet with them. If he had, maybe my family would be alive today.

Jewcy: What stands out to you most from your experiences?

Mosberg: When they liquidated the ghetto, I was there. I saw a baby taken from his mother and shot. Parents put a child in a knapsack and then the Germans shot into the knapsack. They made sick people run across to the other side or be shot. It was like a game for the Germans. Mauthausen was the worst concentration camp. There were 186 steps we had to walk on from morning to night, and whoever fell behind or couldn’t do it was punished horribly. They were burning and shooting those people. The smell never left me. I always smelled this. I can never forget this.

Jewcy: What lessons do you think today’s generation can learn from the Holocaust?

Mosberg: We should not forget and not forgive. We have no right to forgive! Only the dead can forgive. As long as I love this is my duty and obligation to go and talk and talk until the last day of my life. Whenever I talk, they should listen and hear it. There are plenty of deniers. If you didn’t live through this, you can’t understand.

Destination Unknown opens in New York and Los Angeles on November 10, and November 15 in Bangor.