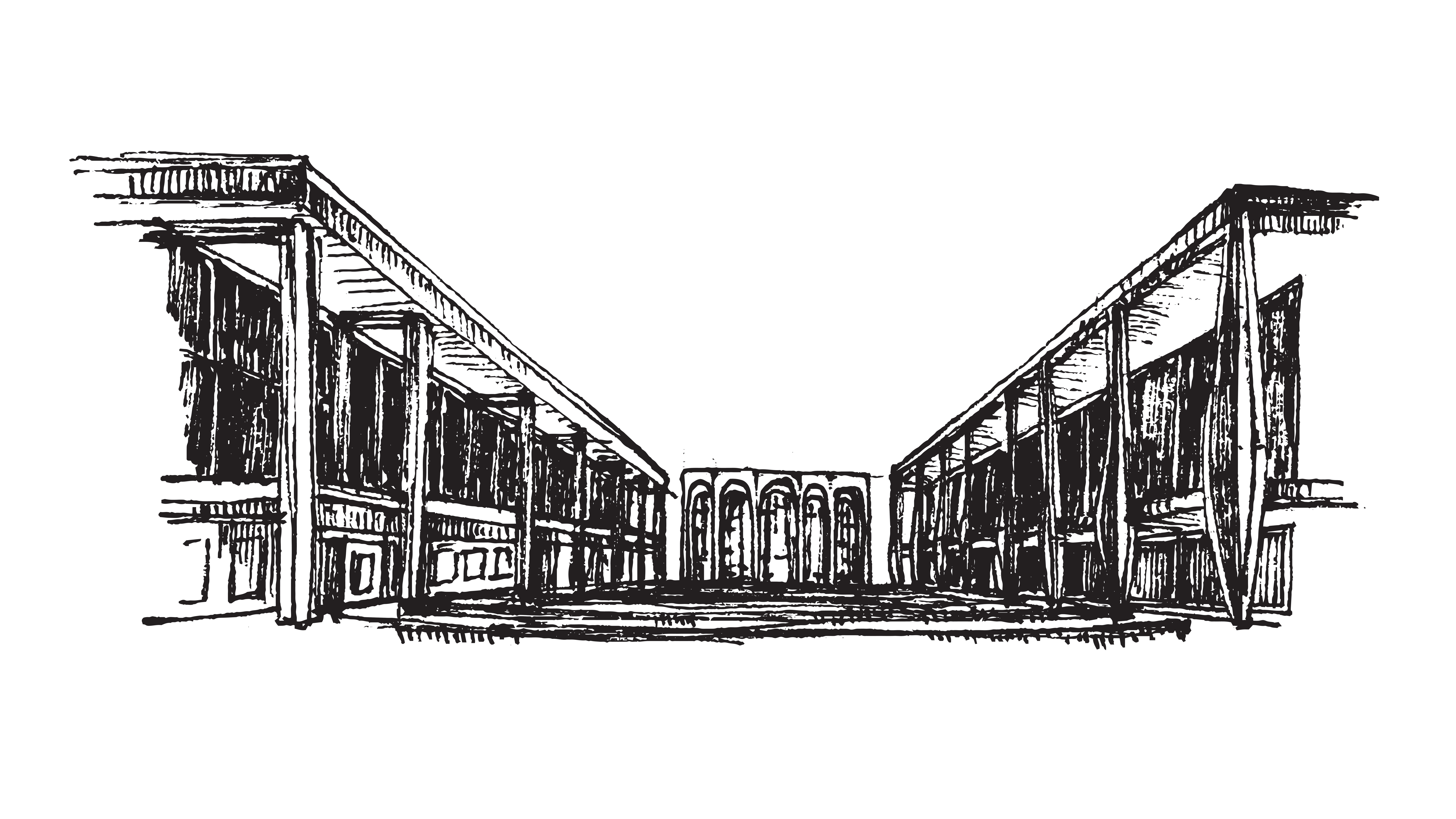 Sukkot comes but once a year, but some make a career out of the festive ritual of putting together a proper piece of architecture, with carefully chosen ornamentation (perhaps not always fertile fruit).

Dankmar Adler was the second half of the architectural team that let Chicago touch the sky. Adler (the father of skyscrapers and described by Frank Lloyd Wright as the “American Engineer” and his “Big Chief”), with his design draftsman-turned partner Louis Sullivan, Adler’s excellence in civil engineering brought the second city its Stock Exchange Building and the former home of Chicago’s opera and symphony orchestra, its Auditorium Building on Michigan Avenue, which, in addition to being the largest building in the United States at the time, also exhibited his expertise in acoustics. He also brought into being Buffalo’s Guaranty Building and St. Louis’ ten-story Wainwright Office Building, among the first skyscrapers in the world. Dankmar’s dankest form of temporary construction came about in the midst of the world’s finest sukkah city, when he contributed the Transportation building for Chicago’s World’s Fair. Putting him over the edge, he even served on the Union side in the Civil War. The array of downtown buildings, churches, and synagogues he contributed to the Chicago landscape along with his influence on other iconic architects of the late 1800s make him the #1 badass of Jewish architects.

Another Chicagoan, Max Abramovitz took his talents eastward. Like Milton Glaser, Abramovitz was another Romanian Jew who hearted New York in the 60s, shaping the city’s culture through art. You can thank his prolific modernist eye for the Avery Fisher Center along with several skyscrapers in midtown, colleges, and state buildings. In his NYT obituary, he is described as working, for much of his career, in the shadow of his well-connected partner Wallace K. Harrison (chief-architect on the Rockefeller Center), with whom he whipped up the United Nations complex and Brandeis University among hundreds of other dents in the world’s Y-axis.

Hopping back to Chicago, Abramovitz’ contemporary Bertrand Goldberg encapsulated the brilliance that would have made for a mean sukkah, specializing in innovative concepts under restrictive conditions, like temporary army compounds, mobile vaccination labs, and his sukkah-style construction for North Pole Ice Cream in the 1930s, which was an easy-to-disassemble structure made to wander diasporically. After a stint at Berlin’s Bauhaus and some time in Paris, Goldberg made it to Chicago and joined forces with the Midwest modernist gods Keck & Keck, Paul Schweikher, and Howard Fisher. While the Avery Fisher Center rose up, Goldberg was busy constructing the tallest residential concrete building in the world at the time, the iconic-beyond-Wilco-and-Sly-and-the-Family-Stone-album-covers Marina City, a pair of corncob towers off the Chicago River that until recently housed the other popular Chicago landmark, Oprah Winfrey. Rumored to be the city’s most photographed building, the multi-purpose compound is the Helvetica of architecture: inspiring many in the arts, and put into being as a practical solution to social needs (funded mostly by the city’s janitorial and elevator unions in their attempts to reverse white flight). He went on to commissions for hospitals and other housing projects in the country, including complexes for SUNY Stony Brook and Chicago’s Hillard Homes.

Like other impressive Jewish American architects, these thinkers and do-ers were real participants of their time and setting, and kept the progress in urbanity and the sweet fruit of humanitarian service symbolically strewn along their edifices’ walls.