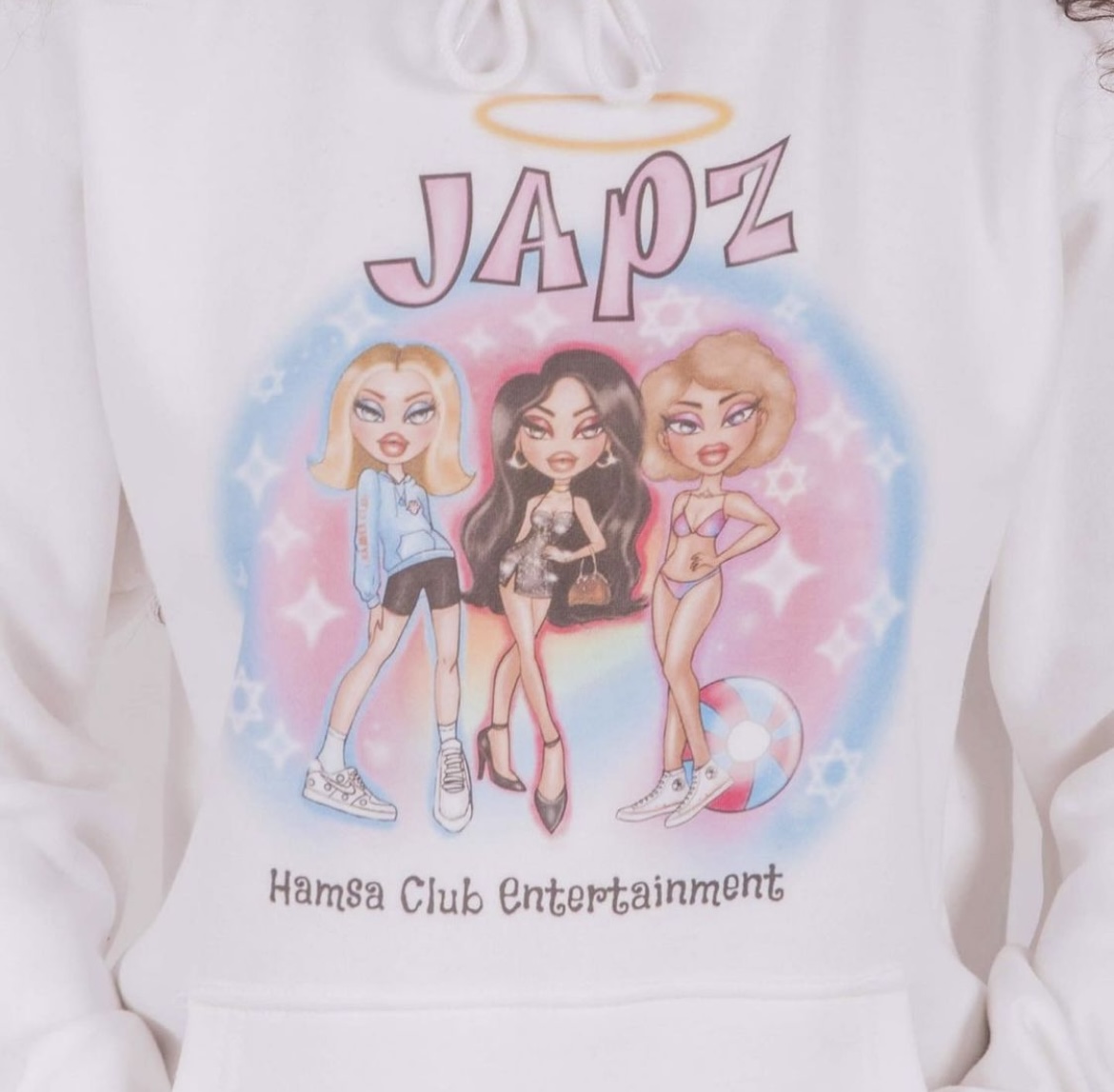 When Hamsa Club’s Season Five collection launches this Friday, fans of the pop culture merchandise brand can expect its largest collection ever with fresh, funny never-before-seen pieces satirizing and celebrating all things Judaism.

“I feel like we’re at a moment where this might be our mainstream hit,” said Kevin Abner, the founder and one-man show behind Hamsa Club. “It’s going to take us from an underground speakeasy ‘if you know, you know’ brand and into the mainstream.”

Inspired by the growing popularity of streetwear and logo flips — parodying a famous logo or character — the new Hamsa Club collection takes tongue-in-cheek references to pop culture and makes them Jewish and cool, which is no easy feat.

A central theme of Season Five is childhood nostalgia from the Gen Z/Millineal cusp — what Abner calls ‘micro Millenials.’ And, in following the success of season four’s “All Good Jewish Girls go to Heaven” design featuring the Powerpuff Girls, Abner wanted to produce more products catering towards women.

“Betty Boop is actually Jewish,” Abner said. “And I did the Bratz-Japz flip because the owner of Bratz, Isaac Larian [CEO of MGA Entertainment], is a Persian Jew, and I’m a Persian Jew.”

Abner honors his Persian-Jewish identity and other Jewish ethnic minorities in Season Five.

“I wanted to bridge the gap between identities and put a spotlight on this community of people,” Abner said.

Abner wanted to produce designs that celebrate his community — a first in the Jewish pop culture/merchandise sphere — and Jewish identity, as well as non-Jewish friends and allies.

“[The designs are] digestible enough where your honorary Jewish friend who isn’t Jewish but comes over for Shabbat gets it,” Abner said. “We have customers that aren’t even Jewish and love our stuff, like our hats on Depop.”

Abner wanted to include Seth Rogen, but when he polled his followers on Instagram, most said no because of Rogen’s stance on Israel. “People would message me and be, like, ‘oh, no to Seth Rogen because he’s a fake Jew.’ Everyone has their own opinion, but I chose Jon Stewart because, you know, I’m trying to make everyone laugh here.”

But be on the lookout in the future — when I asked if there would ever be a Hamsa Club x Jewcy collab, Abner responded with a resounding, “Absolutely.”

Zoe Katz is a journalist in Crown Heights, by way of Athens, Ga. Her work has appeared in the Forward, Alma, and Moment Magazine, and she covered Georgia’s elections as an Election SOS fellow for the Macon Telegraph. Her interests include Jewish pirates, combatting antisemitism, and Sacha Baron Cohen.