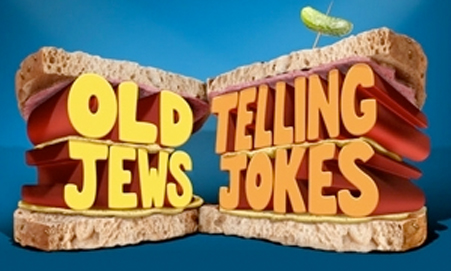 We are excited to premiere the first installment of our new weekly video feature. Every Friday, Bill Army and Audrey Lynn Weston, the young Jews of “Old Jews Telling Jokes” (yes, that’s possible), will bring you behind the scenes at the Westside Theatre for a look at what goes on when the curtain goes down at the hilarious new show.

Check out the first video, “Full Service Operation,” and then head over to Tablet’s Facebook page for a chance to win tickets to see the show.

JEWCY EXCLUSIVE: A Clip from ‘Genius’