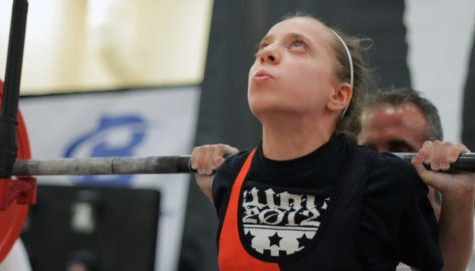 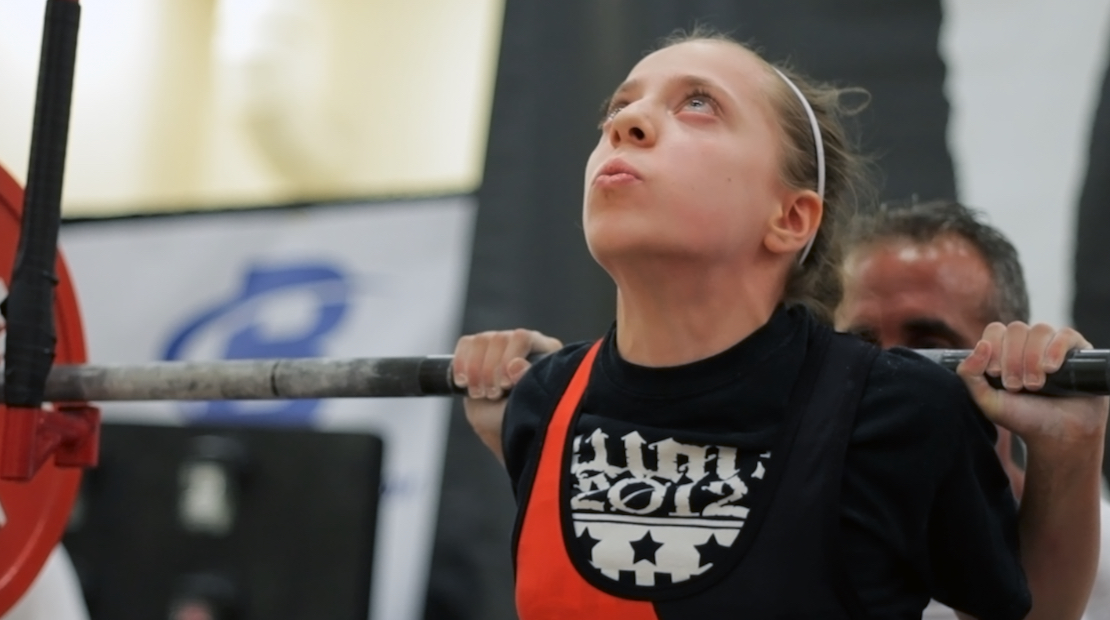 Showing later this week as part of America’s largest documentary film festival, DOC NYC, Supergirl tells the story of Naomi Kutin, a 95-pound, Orthodox Jewish girl who, at age nine, started breaking records in competitive powerlifting. We caught up with director Jessie Auritt to find out more about this cool project.

Jewcy: How did you hear about Naomi, and what interested you about this subject?

I came across an article in the Jewish Daily Forward about Naomi in January of 2013 and I was really intrigued, not only because there’s a young girl participating in this male-dominated sport and beating women 3-4 times her age, but mostly that she was Orthodox Jewish. I wanted to understand and explore deeper about what it looked like for her to be participating in this sport and observing pretty traditional conservative laws of Orthodox Judaism.

Jewcy: The family’s observance doesn’t come up too much during the movie – were there other obstacles to her competing, and did anyone in her community object?

The Kutins are pretty observant as far as Modern Orthodox standards go. They observe Shabbat and keep kosher, and Naomi is always dressed modestly when she’s not powerlifting. I’m Jewish but wasn’t raised religious, and I was very interested in this. We filmed them observing the rituals, doing things like eating only kosher foods out of the back of their car because they couldn’t find anything else. They always travel with their own food wherever they go since powerlifting communities aren’t usually in Jewish areas. We also filmed them getting up at 4am Sunday so that they can get to a competition since they couldn’t travel there on Shabbat. We filmed a lot, and most didn’t make it into the film. Part of me wanted to include it because a lot of people who aren’t Jewish don’t know that these things exist. If you are Jewish or do have some understanding, you know. You might think that there’s not much conflict, but there actually is. She never competes on Saturday or trains on Saturday, and she actually misses out on a lot of competitions. Sunday is usually the day that men lift, and sometimes they’ll make exceptions and she’ll be the only woman lifting.

Jewcy: Was there anything that surprised you about this intersection of the two worlds?

The one thing that surprised me was that I thought that things might be more black-and-white and that they would have received more opposition in her Orthodox community for her powerlifting because people might think that she’s not modest, since she has to wear spandex to compete. She has to wear something form-fitting that shows the shape of her body so that it shows that she’s doing the lift properly. That was non-negotiable for Naomi to compete in the sport. I was surprised that both her family and her community, including her rabbi, were wholeheartedly supportive of her doing this sport. I thought there would be criticism of her for not following the rules, but there was a great fluidity in this spectrum of Judaism.

Jewcy: Do you think you’ll return to either of these worlds in future projects?

I’m always intrigued by people who are going outside the norm and breaking stereotypes. For me, that’s what exciting in filmmaking. You take something people wouldn’t expect or believe and bring that to light. There’s something particularly intriguing about the juxtaposition of contradictory things like a young Orthodox Jewish girl and a powerlifter. It’s really interesting to see how they interact. I have a few projects in early development, and they definitely resolve around that sort of idea.

Jewcy: How do you think this film will go over with non-Jewish audiences?

Even though Naomi has this extraordinary talent, this is really a relatable, heartfelt coming-of-age story about what it’s like to find yourself while going through adolescence, something that we’ve all been through. We’ve found that people of all walks of life and ages have really enjoyed.

Jewcy: Is there anyone who thinks that you’ve made a movie about an alien from Krypton?

There is some confusion at first, but it’s the nickname her parents gave her. It’s actually very fitting for the film. Naomi does have these two dual sides of her personality, like Superman or Supergirl. She’s a typical, slight Jewish girl and, on the other side, she’s this other strong power lifter. You can easily confuse the two.

Supergirl is screening at the SVA Theatre in New York City this Sunday, November 13th at 4:30pm as part of DOC NYC and having its Philadelphia premiere earlier that day at 1:30pm at the Gershman Y as part of the Philadelphia Jewish Film Festival.tan