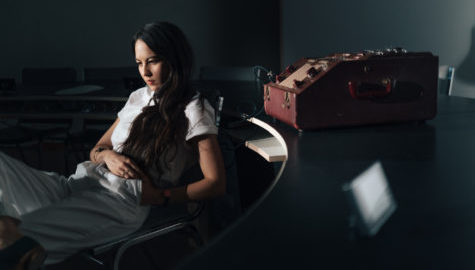 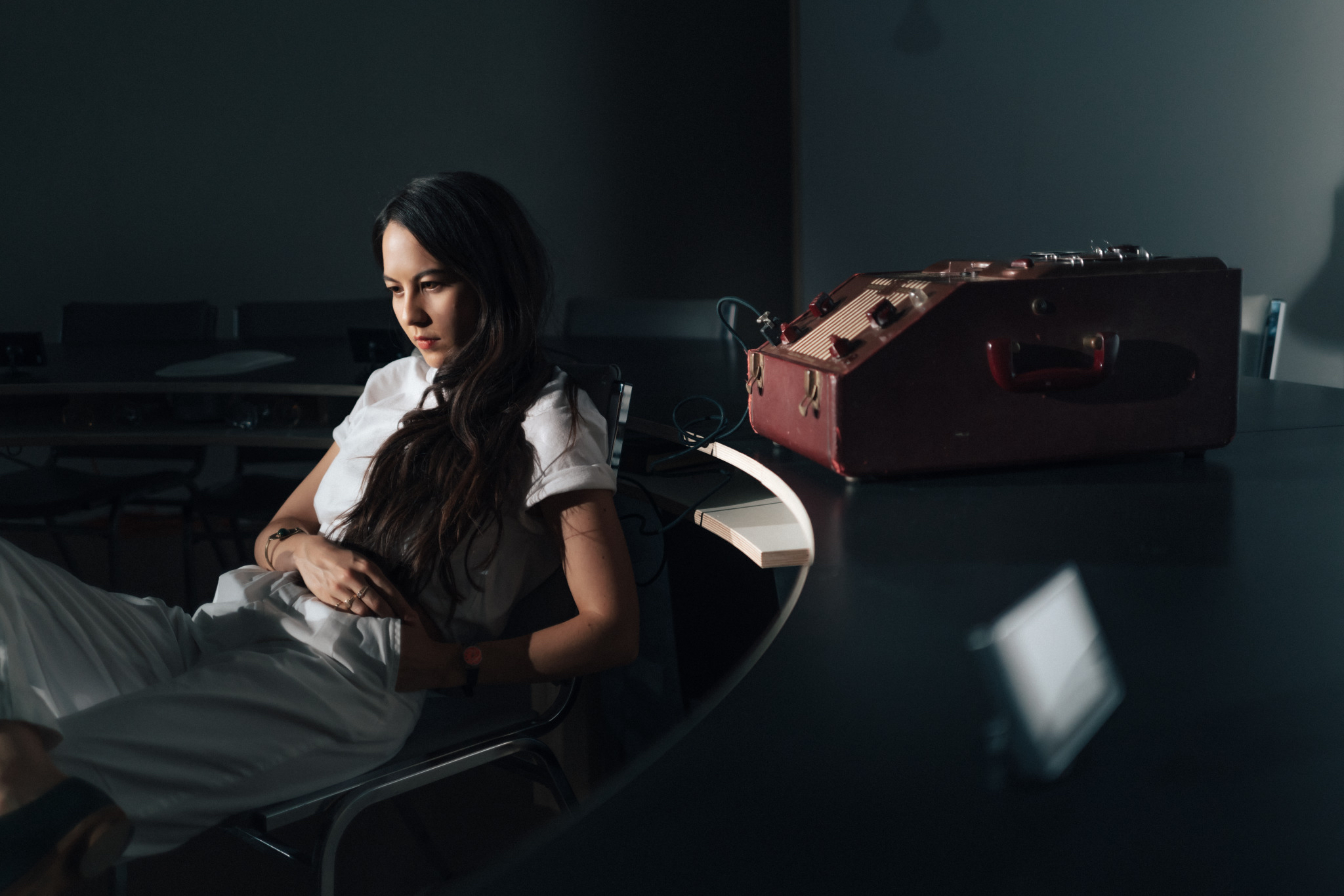 One of the hottest indie theatre tickets in town is Say Something Bunny!, a “live documentary” in which one artist leads her audience on a journey through a home wire recording that she acquired, as she uses what she hears to figure out to whom the voices belonged. That artist is Alison SM Kobayashi, and her show is an entrancing dive into the lives of a New York Jewish family in the 1950s.

“I think that a person who is a bit more within the Jewish community would immediately have understood some of the references,” Kobayashi told Jewcy. Part of her research, as she explains in the show, is looking up the phrase “alter kucker,” after someone uses it on the recording. Some Yiddish, of course, was familiar to Kobayashi:

“I do schlep things around a lot!”

Considering that Kobayashi has no Jewish ancestry, she’s created a really, really Jewish show. With its meticulous delve into personal and cultural history, its main themes are family, fixation on memory and continuity, and grappling with the past. These are universal ideas, sure, but Jews as a people are sort of obsessed with them. Kobayashi said that whether or not the core of the show is universal or uniquely Jewish is “complicated”— the quirks and mannerisms of the “characters” (mostly the Newburges) were what initially captured her.

“We’re coming at it from outsiders,” she said of the team working on Bunny! But the show’s look at assimilation of immigrant groups in the twentieth century do also remind her of her own story.

“There are also connections about this moment of time in the U.S… My dad’s Japanese-Canadian, and they really assimilated into Canadian culture in the same way.”

In fact, Kobayashi’s grandfather was interned during WWII (Canada had camps as well). After the War, the push for assimilation was more self-conscious. While American Jews faced no similar trauma domestically, it would make sense for the War, and the Holocaust, to have driven them to become as fully American as possible. In fact, in the play, the characters discuss Easter and Christmas celebrations, with no mentions of Jewish holidays, a detail that Kobayashi says surprises, and often confuses audiences.

The Newburges & Co. are proud Americans, mid-process of assimilation. And to what end? Is it common to hear Jews today celebrate Christmas? No, for a variety of factors. For one, Chanukah has in part become a commercialized winter holiday substitute for American Jews. Also, perhaps, at a certain point of assimilation, if you can pass for white, the original identity disappears entirely. For the Newburges, this was happening fast. Their older son has a bar mitzvah, but his brother, only a few years younger, did not.

So, did it work? Did the Newburges stop being Jewish altogether? Actually, not at all. While it doesn’t come up in the piece, Kobayashi shared that the daughter of one of the younger brother— the one who skipped the bar mitzvah— eventually became a rabbi.

“The next generation went back to their roots,” said Kobayashi, who understands the appeal— she and her sister have been to visit Japan multiple times. “I think there is this kind of interest in having a better understanding of where we came from.”

This longing for understanding can be poignant. For the Kobayashis, Japan turned out to be a mixed experience.

“There’s a certain connection there, but also this sense of being an outsider because we weren’t raised with the language. We were really raised to be Canadian.”

Besides, these days Kobayashi doesn’t have time to get in touch with her own past— she’s been living and breathing the Newburges, several shows a week.

And though Say Something Bunny! runs through January, is Kobayashi ready to put the Newburges to bed? It seems instead like a dam has burst. Kobayashi wants to know more about the family, about Long Island, about the Jewish experience.