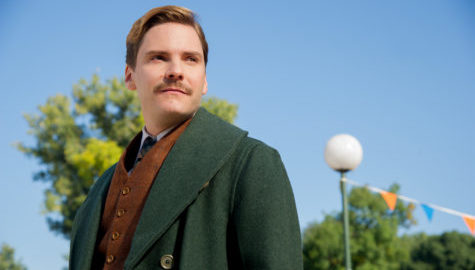 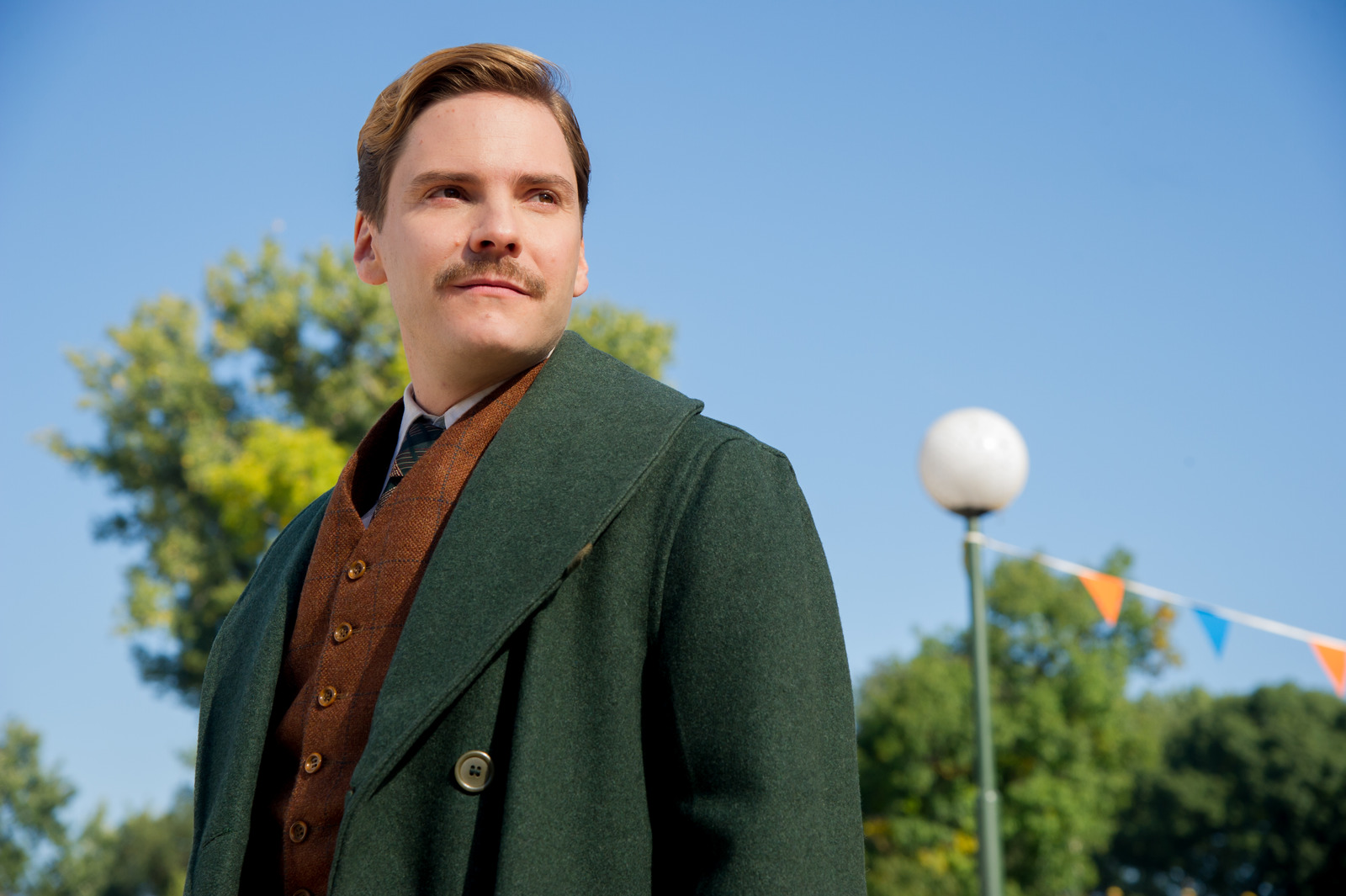 The true story of Antonina Zabinski and her husband Jan, who helped save many Jews during the Holocaust by sheltering them in their zoo in Warsaw, is currently playing in theaters across the country as The Zookeeper’s Wife. Jewcy had the opportunity to pose some questions about the experience of bringing this film to the big screen to actor Daniel Brühl, who plays German zoologist Lutz Heck, and screenwriter Angela Workman, who adapted Diane Ackerman’s 2007 book.

Jewcy: What originally drew you to this project?

Daniel: First of all, I was fascinated by the story of this very courageous Polish couple who saved so many lives and risked everything in order to do so. My character was a famous scientist at the time who had this crazy vision and idea of recreating and rebreeding extinct animals. He’s a charming smart guy at the beginning, the likable man, and throughout the story is becoming a very different man, quite an evil character. That was an interesting journey, and an interesting arc.

Angela: I was drawn to the project because, as the daughter of Jewish immigrants, whose parents were refugees from Eastern Europe, I felt that writing a film about this subject might honor them. Diane Ackerman’s book is so detailed and colorful that it sparked cinematic images in my head. I felt I could see all the images I needed to make a film. I loved the themes about the natural world: animal nature, animal instincts, and who are the beasts, really?

I loved the idea that nature survived a despot. That this shy, self-effacing woman, Antonina Zabinska, with her singular instincts to protect animals), essentially faced off against Adolf Hitler in his attempts to exterminate the “Jewish animal.” And she saved nearly every person who hid in her zoo. Hitler tried to control nature, he tried to define and perfect the human animal. But he couldn’t control nature, in the end. He lost the war, he died. He took many people with him, we know that, of course. But he didn’t take us all. The Zabinski family, a family of zookeepers, defeated a despot. I loved that idea.

Jewcy: How different is the movie in the end from the book it’s based on?

Angela: The book has been called a novel, but it’s not a novel, it’s nonfiction. It’s stuffed to the gills with Diane’s years of research — she has a very curious mind, she researches everything, and everything went into her book. I had to leave most of that out. I had to find a three-act structure, a very firm storyline, focus, and characterizations. I had to figure out how to move time forward through all the events of the entire second world war. The film is quite different than the book.

Angela: The story is focused on the zookeeper’s wife simply because that’s Diane’s focus, and that was the focus we chose for a point of view. Most of the film’s focus is on Antonina, although we do see her husband, Jan, in his own personal fight with the underground army. But we’ve seen those male-driven war stories before. We’ve never seen a film story like Antonina’s before.

Jewcy: Can you talk about how the zoo setting enhances or defines this story?

Angela: The zoo setting is everything. It’s what drew all of us, who decided to make a film from the book, into the story to begin with. The film almost entirely takes place inside the zoo, except for scenes in the Warsaw ghetto, and some in Lutz Heck’s flat in Warsaw. The first part of the film establishes the zoo with its animal life (non-human) — eventually the zoo is bombed. Then the Zabinskis create a secret sanctuary for the human animal. The zoo is a metaphor for the whole story.

Jewcy: What was it like working with the animals on set? Can you share any memorable stories?

Daniel: I was a bit annoyed that Jessica [Chastain] was such an incredible animal whisperer – I don’t know how she did it. All of the animals just loved her. They wouldn’t listen to me that well. The elephant was very smart – it took him just a couple of minutes to understand what we wanted. I think he wanted the lunch break as much as we wanted it. There were other animals that Jessica had to deal with, and I was quite impressed because we were dealing with wild animals, which are unpredictable and dangerous, but she was fearless.

Jewcy: When we first meet Lutz, he is an enthusiastic German zoologist, and the next time we see him he is a Nazi official coldly commanding the execution of all the animals because they won’t survive the winter. Did he really change, or is he still an animal lover at heart?

Daniel: He does change, and that was another interesting aspect. That’s one of the very crucial questions for every German, the question of guilt. What would I have done in a situation like this? You can see a man who has probably had other ideals and other human values before. By being given the power of the Nazi regime and supported by guys who are willing to fulfill all his professional dreams, he plays with that power and changes. Giving up his human values was something that interested me, to play that twist. It was also important to keep the balance of never losing his humanity entirely.

Jewcy: Can you talk about working with Jessica and with director Niki Caro? What was it like on set?

Daniel: Niki was very focused and well-prepared, and she had a very clear vision. I think that, as a female director, she had much more authority than most of the male directors I’ve worked with. She was tough and courageous. She wanted the real thing, not CGI, for all of the animals. Maybe because she’s from New Zealand, I can feel that she’s very connected to nature and wanted it to be real and authentic. As we all know, shooting with children and animals can become a nightmare, but it was quite impressive that she always kept her cool. I never saw her becoming nervous or angry.

Jessica is a wonderful actress. I was her biggest fan beforehand and I’m an even bigger fan now. It was such a psychologically demanding part for her, with a lot of emotions and crying involved. I was impressed to see that, off-camera, she would give you as an actor just the same amount of energy.

Jewcy: You played a Nazi hunting for traitors in Alone in Berlin, and you’re well-known for your part as a Nazi film star in Inglourious Basterds. Do you ever feel like you just want to play the good guy in a movie about Nazis?

Daniel: I’ve played the good guy for many, many years, and I’ve become bored of it. With these parts, they are never the cliché, evil Nazi part that you can see in so many other films. In Alone in Berlin, for instance, I’m not a Nazi; I’m a police inspector who has been working a long time before the Nazis came to power, but he’s intimidated by them and is part of the Gestapo. It’s clear in the film that he hates them and he’s an old-school police investigator who’s not part of the Nazi regime.

In Inglourious Basterds, it’s also about a guy who by accident becomes a war hero, and he’s actually the only likable German Nazi guy in the film, at first at least. In this case, I saw it more as a scientist who is seduced by the Nazi ideology. The uniform that he’s wearing wasn’t the most important aspects of the part; he’s a human being who is very ambitious professionally losing his humanity as he gets power.

Jewcy: What was the most challenging part of adapting this story, and what was the greatest opportunity?

Angela: The most challenging aspect of the adaptation is that it really isn’t an adaptation; this is a book of nonfiction, it is heavy with facts and statistics. I needed to turn the story into a dramatic narrative, a story about a six year war that could be told in two hours. I had to leave many, many things out, delicious, colorful, sometimes painful things. And even then, I wrote a very long and very developed screenplay that turned out to be too expensive and big to shoot. It was painful to have to cut, and then it was edited further. The opportunity, though, to tell a female-driven story about zookeepers, animal lovers, who turn their attention to the human animal during the atrocity of the Holocaust, was a great gift for me. I feel grateful to have been able to do it.