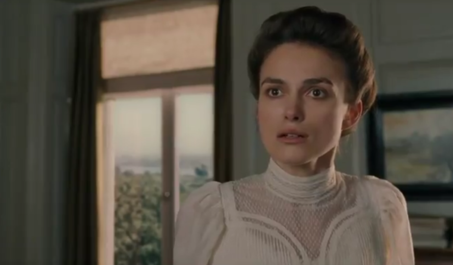 The trailer just debuted for Denial, a film about the famous legal case in which Holocaust historian Deborah Lipstadt battled a Holocaust denier in court. The film looks great, as you can see below:

Here’s the thing: It gives one great hope that one can be, say, an academic, and be portrayed in a film by Rachel Weisz. This isn’t to denigrate Lipstadt’s appearance or Weisz’s acting abilities; they just really don’t look alike. Still, at least Weisz is actually a Jewish woman portraying a Jewish woman.

This got me thinking: Who plays Jewish women in biopics, and what do they look like? I dove down the worst kind of rabbit hole: Wikipedia.

In a list of biopics (film or TV), Jews don’t tend to come up often; we’re a minority, fine. But (with the exception of Holocaust movies, ugh) Jewish women seem to be a rarity, and have films depicting their lives and accomplishments far less frequently than men. Furthermore, the women more often tend to be “glammed up” with their casting. It’s easier to be an accomplished actor without outlying attractiveness if you’re a man, and this is especially clear in biopics.

Male Jewish real-life folks on screen have a range of portrayals— in recent or prominent films depicting Jewish men, we’ve had Peter Sarsgaard as Stanley Milgram, Vincent D’Onofrio as Abbie Hoffman,Kevin Spacey as Jack Abromoff, and Jim Carrey as Andy Kaufman. None of these men (actors or subjects) read immediately as heartthrobs, and none of the actors are Jewish. Or, you can have schlubby-coded Jewish men play these roles (very recently, Jonah Hill has portrayed Michael Finkel and Efraim Diveroli).

Occasionally, you can have heartthrobs portray Jewish characters: take Allen Ginsberg, who’s been portrayed by both James Franco  and Daniel Radcliffe (both of Jewish descent).

So what of the ladies?

It’s so hard to find real Jewish women portrayed on screen, particularly as the leads, and especially if you remove Holocaust victims and Biblical characters (enough Christian-made films about Esther. Please).

Note that all of these woman are both Hollywood standards of attractive, and also not Jewish. Once again, there are exceptions; Natalie Portman plays Ruth Bader Ginsburg in an upcoming film, and she’s a Jewish actor. And Gertrude Stein has been played by a range of wonderful actors not cut from the Hollywood glamor mold, both Jewish (like Miriam Margolyes) and Gentile (like Kathy Bates). But honestly, the sample size is too small to get any reliable patterns, which in and of itself is telling.

And so, keep an eye out for my next piece: A list of ideas for Jewish female actresses that could easily star in biopics, and ideas for  who they might portray. We need more examples, period.

In the meantime, please comment below, or tweet Jewcy with your own ideas.  Try to keep both actor and subject of Jewish descent, and if possible, avoid movies about sex symbols,  therefore repeating casting the same three gorgeous Hollywood actors. As in, try to resist casting Mila Kunis as Hedy Lamarr, as great as that might be.