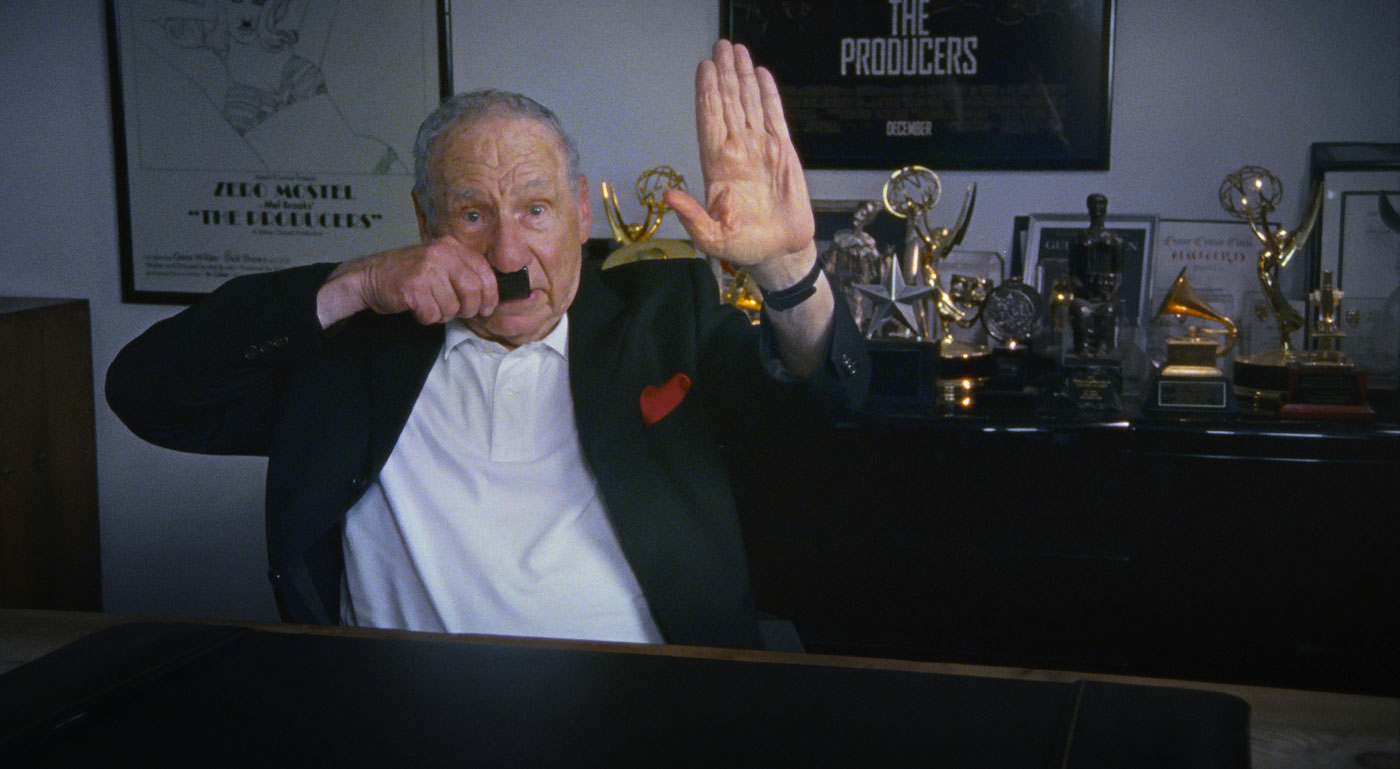 Is the Holocaust funny? That’s not a question asked too often in serious circles, but for comedians, especially Jewish comedians, it’s one of the most important things to know. The better or less outwardly problematic way to rephrase the question would be, “Is the Holocaust off-limits?” Documentarian Ferne Pearlstein addresses this very question in The Last Laugh, a feature-length documentary that had its world premiere at the Tribeca Film Festival last week.

Who better to answer this question than some of the most notable Jewish comedians? Mel Brooks is the obvious starting point, since he was making jokes about Hitler back in 1967 when he wrote and directed the equally infamous and hilarious The Producers, in which two producers set out to make a guaranteed flop entitled Springtime for Hitler. Nearly every part of that Oscar-winning film was objectionable to someone, but it was still a hit! Brooks, who is interviewed extensively throughout Pearlstein’s documentary, explains that he knew he could get away with jokes about the Inquisition in his classic “History of the World – Part 1” because so many centuries had passed, and, as the immortal phrase says, “Tragedy plus time equals comedy.” In 1967, the Holocaust was just over twenty years old, and for many, that was enough elapsed time for them to be able to laugh.

Humor can be a therapeutic, and one of the most stirring examples presented is when “Saturday Night Live” aired its season premiere three weeks after the September 11th, 2001 attacks, and gave New Yorkers and audiences everywhere the sign that is was okay to laugh again. It didn’t mean that everyone was ready, but it meant that life could go on, and for many, comedy is the best way to deal with upsetting situations. Some comedians, like Susie Essman, argue that certain topics, like child molestation, should always be taboo, while others say that if it’s funny enough anything goes. Gilbert Gottfried, who has gotten himself into trouble for some of his button-pushing routines over the years, is one such comedian who feels that little should hold him back if he can make a joke about it.

There are those who believe that being told that anything is off-limits, whatever it may be, is akin to censorship. Sarah Silverman is interviewed multiple times throughout the film and makes a strong case for being able to say what you want and to allow others to be offended if they so choose. She also addresses the question of making jokes meant for an intelligent audience, like when she refers to the “alleged” Holocaust as a nod to the absurdity of Holocaust denial. To her, it’s worth the risk of a few ignorant people taking her at her word if she thinks it’s a funny joke. A clip of Borat singing “Throw the Jew Down the Well” argues the same point since it explicitly shows said ignorant people celebrating a song whose very purpose is to mock them— even if they don’t get it.

Then there’s the question of whether only Jews can make jokes about the Holocaust. The reasoning for such a “decree” is that there is a value to having collectively experienced something personally, and when an outsider makes a joke looking in, it can be interpreted as laughing at rather than laughing with. A few non-Jewish comedians interviewed dispute this objection, and suggest that if a joke is funny, it’s worth telling. That seems to be the prevailing thought throughout the entire film — comedy is comedy and shouldn’t be held back just because someone is offended.

Does this movie provide an answer to the question it asks? Not just one, certainly. It’s agreed that Nazis are fair game – the villains can be mocked while their victims are in grayer territory. This documentary is funniest not when it showcases the jokes about the Holocaust told by its subjects, but rather when the comedians get to be themselves and talk about how they connect to their heritage. We’re used to hearing their routines, but this feels like a more honest and refreshing take on the nature of comedy, with a few Yiddish expressions and quips mixed in.