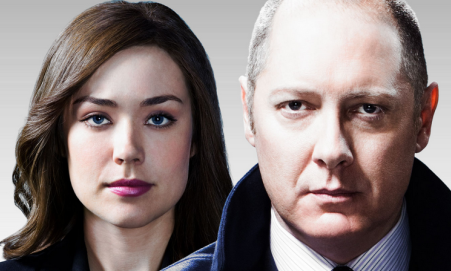 There’s a lot of Jew-glam out there this television premiere season. From Lizzy Caplan’s portrayal of Virginia Johnson in Masters of Sex to Sarah Michelle Gellar and Amanda Setton’s The Crazy Ones, the season is awash in Jewish lovelies. Of course, there’s The Goldbergs, and don’t forget Andy Samberg’s new sitcom in which he plays a cop.

Perhaps in light of this tabulation, I shouldn’t have been as surprised as I was to see a subtle leather yarmulka atop the head of an extra in a scene two minutes and forty-five seconds into The Blacklist—NBC’s new action-thriller series starring James Spader and Megan Boone, during an innocuous scene in the underbelly of the FBI or the CIA or whatever, when two flunkeys return with buckets full of files on Spader (“What do you want to know about him?” “Everything.”). But I was surprised! I was surprised because I know that guy— I know guys who work in Washington and wear subtle leather yarmulkas, and the idea that central casting has figured out that the Jewish extra is not a Satmar Chussid or a fat nebbishy friend, but a neatly attired modern Orthodox guy, seems to me symptomatic of a cultural shift not unrelated to the glut of Jewish glamor on the small screen this season: we’re not on the Upper West Side Shtetl anymore. That that leather yarmulka could be subtle enough to make its bearer frankly invisible suggests that Jewish practice and culture has acquired a ubiquitousness, much as Jewish actors have acquired a ubiquitous versatility that has taken them from being relegated to the ranks of Woody Allens and nagging mothers. It’s no longer a thing, one might say. My brother is married to a Jew, is how someone else might put it.

The ubiquity of Jewish actors and characters is the reason Jason Biggs’ character on Orange is the New Black fell flat. His overt Jewishness, while not offensive, as some critics suggested, felt extremely retrograde— it was so Jewish-character-circa-1977, in the Alvy of Annie Hall model; it was so not the ubiquitous and versatile millennial Jew— Schmidt from New Girl, Ari Gold from Entourage, Hannah Horvath of Girls. The Jewishness of these characters hangs from them comfortably, like a favorite garment (think of Hannah’s summer uniform of shorteralls), rather then constraining them like a straightjacket of neurotic ticks, or keeping them locked in to certain kinds of roles (narcissistic rich writer, mama’s boy, self-pitying, witty). And if The Goldbergs shows us anything, it’s that the Jewish family is even capable of calling up the nostalgia reserved for the homebred and the corn-fed: the Jew in American TV has transcended his status as special interest group to become positively American. These are some good times to a be a Jew in this country, if TV can teach us anything, which it probably can’t.

For more on the millennial Jew, be sure to check out Jewcy’s excellent series called “Network Jews“.