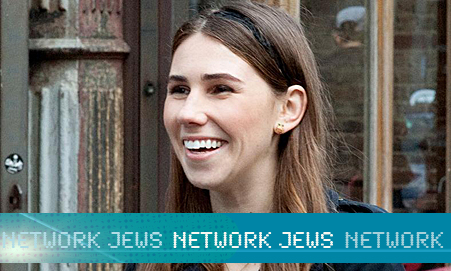 At this point, it seems somewhat daunting—and perhaps pointless—to try and write anything about Girls. After all, what hasn’t been said about it? Haters are gonna hate; fashionistas are going to obsess over every outfit; and ridiculous people will make absurd claims about how the show is “a giant economic loss for high-end gyms.” Then again, even before the first episode aired everyone was ranting and raving, so what’s to stop us now, with the Season 2 premiere airing Sunday—especially if it’s to follow up on the biggest problem in Season 1: Shoshanna.

Last April, after just three episodes, I felt compelled to ask if everyone’s favorite FUBU show had a Shoshanna problem. It most definitely did. While Zosia Mamet was, and still is, impeccable at playing the allegedly-in-college student Shoshanna Shapiro, that didn’t detract from the pure and simple fact that she served as simply a punch line. What’s more, the other characters on the show knew it too, and had no idea what to do with her. (I still cringe thinking about Marnie’s—played by Allison Williams—reaction at the abortion party.)

You can chalk it up to Dunham saying that Shosh wasn’t supposed to be a full cast member—something that was confirmed in the recent New York Times Magazine profile of Mamet, your new BFF—and that kind of makes sense. For one thing, it explains why, unlike the other three girls, she never really had any scenes that focused on her early on, save the glorious Camp Ramah romantic reunion arc in Episode 4 with Skyler Astin (the guy from Pitch Perfect). But it doesn’t explain why, when she is on screen, her character always seems to be the poor, pathetic joke. Then again, a lot has happened during the first season, most notably that Shosh, as of the season finale, is no longer a virgin, the source of her biggest baggage.

While I’m excited to see what’s to come of Roshanna (come on, you know Shosh came up with a celebrity couple name for herself and Ray, and one that sounds like a Jewish holiday no less) in Season 2, I’m more excited to see what Dunham does with Shoshanna now that she doesn’t have to be defined by her virginity. Though frankly I wish she had done more with Shosh’s virginity. In a show with such a raw, and arguably “real,” portrayal of sex—especially bad sex—is it so much to ask for that the virgin perspective be a bit more nuanced? Discussed instead of just mocked?

But instead of solving the problem, Dunham avoided it completely. Though, to be fair, even if her sexuality remained a punch line, Dunham let Shoshanna somehow manage to move beyond it in other ways. Here is probably where I have to admit that, somewhere between Episode 4 and Episode 10, I became a Shosh fan. It’s kind of like how I became a Schmidt fan, actually. Schmidt’s journey from douchebag to aspirational douchebag is surprisingly similar to Shoshanna’s mid-season journey from mindless insecure JAP to self-aware and, in many ways, confident JAP. Emily Shire wrote about this evolution of the TV JAP in the Forward at the end of Season 1:

At first glance, Shoshanna Shapiro is just the latest JAP doll on this long conveyor belt of stock figures. She is a major source of comic relief on the show, and is more of a caricature than any of the other characters. Her fanatical obsession with “Sex and the City,” and her declaration that her British cousin Jessa Johansson is “so f**king classy” for not being on Facebook, draw instant laughs. Yet each episode also reveals other layers to Shoshanna’s character that go beyond the stereotype. It’s not that she is any less of a princess as the series progresses; she still loves her clothes, her parentally funded apartment, and her Camp Ramah memories. But she also displays a vulnerability and earnestness that was notably lacking in previous JAP characterizations.

I don’t totally buy Shire’s point—essentially that Shosh represents a progression in how JAPs are portrayed on TV—but I do think she’s right about one thing: Shosh isn’t your average JAP. Her vulnerability and earnestness transformed her JAPiness the way that Schmidt’s transformed his douchebagness, and somewhere along the line we, the viewers, started laughing with her and not at her, even if the rest of the Girls are still laughing at her. Maybe it’s the busy eyebrows, maybe it’s the crack, but her JAPiness never stopped her, never defined her, the way that her virginity always did. For Shoshanna, JAPiness was never the problem—if anything, it was, and remains, her most entertaining quality—one that she embraces wholeheartedly.

Of course, Girls is Hannah’s (played by Dunham) story. The other three characters are there to serve as her foils. But now that Shosh’s virginity no longer makes her less experienced than Hannah, the question for Season 2 is, now that we’ve moved beyond her virginity, what will be her new defining characteristic?

Willow Rosenberg, the lesbian witch on Buffy the Vampire Slayer