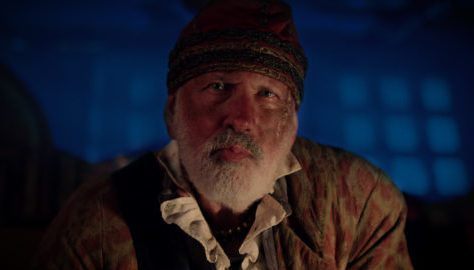 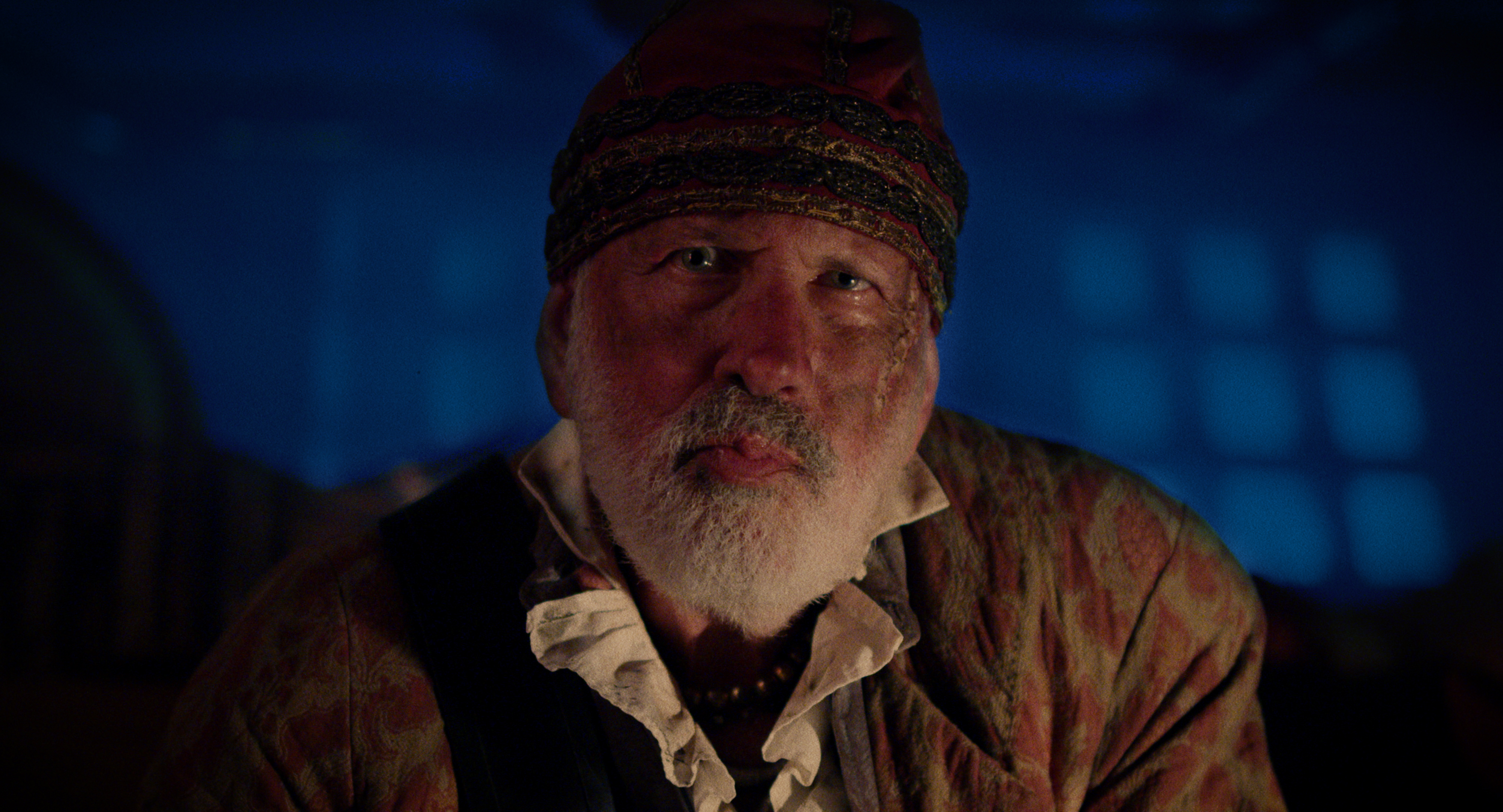 The Pirate Captain Toledano, a ten-minute short from Modern Orthodox director Arnon Shorr, is making the festival circuit with screenings in New York and Los Angeles over the next few weeks. Jewcy had the chance to talk to star Stephen DeCordova about the many things that led him to get involved with this memorable project.

Jewcy: Can you talk a bit about your heritage?

My mother was born in Kingston and her family had been in Jamaica for hundreds of years. They escaped the Spanish Inquisition. Growing up in the United States, all the cultural images of Jews I saw were Eastern European; Holocaust victims, that sort of thing. Not so much my mother – she had a New York accent. My grandparents and their extended family sounded like Harry Belafonte. I was aware, however, of the fact that there were Jamaican Jews and actually quite a rich heritage. It was so unknown – when I would say to someone that, on my mother’s side, we’re Jamaican, people would look at me so strangely. I became proud and valued that.

Jewcy: So, you think you might be descended from Jewish pirates?

When Edward Kritzler’s book Jewish Pirates of the Caribbean came out, I bought it and was surprised to see that, in spite of its somewhat flippant title, it was actually a scholarly work. A lot of the names in that book were surnames that existed in my family. I was lucky enough to sit my grandmother down before she passed away and have her make a list of all the surnames she could remember that were in our family in Jamaica. One name in the book stood out – the greatest of the Jewish Caribbean pirates, Moses Cohen Henriques. He and his brother were both merchants, which is how a lot of the Jews got into piracy to begin with. The Church didn’t want Christians to be touching money, so Jews were the merchants and traveled in their work importing goods. They learned how to navigate by the stars between Europe and the Far East. When navigation became sea navigation, they became captains. When a new continent was discovered on the other side of the world, they were among the first to be going there. Some Jews who were expelled from their homes wanted revenge on Spain, so it makes a lot of sense. I think it’s very cool that I could be descended from Jewish pirates of the Caribbean!

Jewcy: How did you become involved with this short film?

I had worked previously with Arnon. He directed a web series called Mad Mentsch, a Jewish spoof of Mad Men. I got cast for a role and we had become Facebook friends. When he discovered the book and realized he had a story to tell, he found a great way to craft it that could be produced on a small budget. He got to the heart of what had created Jewish pirates. He put out a note on Facebook and I wrote to him about my heritage. I said that I would like to do anything I could to support him in getting this story told. I said that if he would like to hear the words of your script read aloud by actors, I would be happy to do a table read. In a subsequent note, I said, “Do you have any roles for an old guy?” He sent me the script and, lo and behold, the captain is in his sixties. When I went in for the table read, I met Dan Shaked, the young man who played the stowaway. We weren’t sure if we had booked these roles since Arnon was talking about production schedules already. Clearly, Arnon liked what he saw and we became the spine of the cast of the movie. This was one of those things in my life that was just clearly meant to be. It just bloomed like a flower.

Jewcy: The kiddish cup used in the film is a family heirloom, correct?

The script called for a kiddish cup. My grandfather’s had been in my family for I don’t know how many generations, so I brought it along. It was as though Arnon was struck by lightning, just like the captain is in the movie, when he saw it. It was a beautiful thing to experience. We used it in the movie.

Jewcy: What was it like filming a pirate movie?

We got to where the ships we were using were an hour early and all these guys were there carrying on cannons and props they had. It was just bustling. I had no idea that Clan Darksail [pirates for hire] even existed. They were all in costumes with sabers. It was a miracle – one of the happiest moments of my life.

Jewcy: What’s next for you?
I’ve actually just done a project I’m not at liberty to discuss a whole lot— a post-apocalyptic piece where we are a small band of people who are surviving in a desert where there’s no air. I’m the leader of the band. It’s very different from the pirate captain. We’ve just finished principal photography, so there will still be some additional shoots and ADR. Like most actors, I don’t know what’s next. I’m doing a little project at UCLA in the law school helping out as an actor in mock trials. For most working actors, it’s a short fuse work timetable, since they always audition the actors last. I don’t know what’s coming tomorrow, but something always comes!

For me, Toledano was an opportunity to tell the background story, in a graphic way because movies are a graphic, living, breathing medium, not just words on a page. This is the first time this story has been told at all – that there were Jewish pirates, Jewish settlers in the Caribbean. Jews were an important and vibrant part of the New World. This is a heritage that I really cherish.

Catch this short at the Crown Heights Film Festival Thursday, October 26 in New York or at the LA Sephardic Film Festival on November 7th.

Photo of Stephen DeCordova as the Pirate Captain Toledano