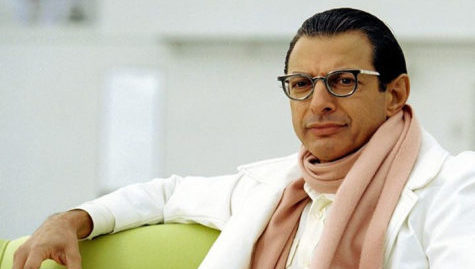 Barbra Streisand spoke to the New York Times this weekend, and while the whole piece is magic, it includes this important factoid:

“It’s Streisand, as in ‘sand on the beach,’ not ‘Strize-and,’ a mispronunciation that has plagued her at least since she first appeared on “The Ed Sullivan Show” in the early 1960s.”

WHAT? Oh God. I’ve been saying it wrong my entire life. So let’s take stock of some other Jewish celebrities, and see how we should pronounce their names:

Idina Menzel: Menzel actually changed the spelling of her last name (from Mentzel) so that people would pronounce it correctly (MenZEL), but the tricky part is her first name: EYE-deena? UH-deena? Well, in a clip with her ex-husband Taye Diggs, he seems to address her as “ID-deena,” backing up all of the intense fan message boards I found while researching this piece (and they say “UH-deena” is fine too).

Jeff Goldblum: I recall this clip:

But, for real, it’s pronounced “Goldbloom.”

Ralph Lauren: Sure, his birth name is actually Ralph Lifshitz, but all the same, it’s LOR-en. Not Lor-EN.

Jake (and Maggie!) Gyllenhaal: Dude, just give up with this one:

But really, the G is said softly, like a J.

Elie Wiesel: Elie is said “EL-ee.” Wiesel is said “Vee-ZEL” (But hey, if you want to pronounce the W the American way, just call it a transliteration. It’s a minor sin.)

Leonard Bernstein: The last syllable is said “Stine” (like Jewish horror-writer R. L.). Ditto for Oscar Hammerstein (I or II).

Gal Gadot: She’s not French, for HaShem’s sake, and even Wikipedia will tell you: the vowels in “Gal” and “Gad” are like the A in “father.” The O is in between an English short and long O: Listen to her say her own name here.

Most of all, pronounce the T. DO IT FOR WONDER WOMAN.

Noam Chomsky: Most Jews would say that Noam is two syllables: No-OM (second syllable rhymes with calm). Others (like Wikipedia) say it’s one, like “Gnome.” Chomsky himself says it thusly. Is it one syllable or two? Let’s try another example.

The jury may be out on this one. But he doesn’t seem to be correcting people either way.

(Finally, I’m no celebrity, but let me use this opportunity to publish online that the first A in Gabriela is like the A in “father,” and that Geselowitz is said like there’s an animal in it: “Gazelle-o-witz.”)

And now, go forth and be a pedant when someone mispronounces any of these names!