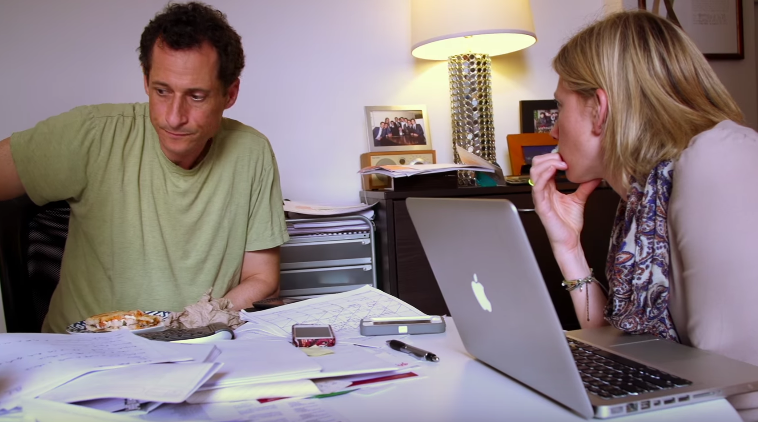 Remember when Anthony Weiner resigned from Congress after a scandal broke that he had been sexting extramaritally? Remember when he then ran for mayor of New York City in a comeback attempt that ended in catastrophe?

Of course you do. But you’ve never seen it like this.

The trailer is out for Weiner, a new documentary about the former Congressman’s mayoral campaign. And while the film itself is getting buzz, the teaser practically works as its own short. This is no cobbled-together assemblage of news clips; the directors (Josh Kriegman and Elyse Steinberg) got amazing insiders’ perspectives as their team got intimate access to the Weiner campaign, a decision which the politician and his crew seem to periodically doubt.

The trailer itself is a work of art, practically operatic (score included) as it builds to a crescendo of high-drama and teases the amazing footage these filmmakers captured.

Already, Weiner seems like a fascinating, compelling figure. Throughout his ups and downs, he’s always been passionate to the point of volatility, but with a persistent sense of humor. This trailer pushes that one step further (his facial expressions, for example, are punchlines of themselves).

The film is out May 20, but in the meantime, you really, really should watch the trailer below: