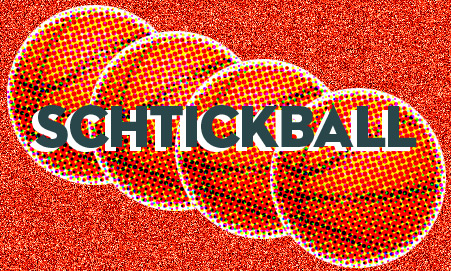 Have Jews ever been more excited for Christmas? Starting with Knicks-Celtics at noon, the NBA kicks off with a delectable five- spot of games, roughly translating to 12 hours of hi-def goodness to pair with your Chinese food. However, it looks like a couple of my favorite players won’t be home for the holidays. J.R. Smith and Wilson Chandler, playing for the Zhejiang Chouzhou Golden Bulls and the Zhejiang Guangsha Lions respectively, inexplicably signed contracts which don’t allow them to return to the NBA until March. Aaron Brooks and Kenyon Martin are also trapped in China, but K-Mart’s crazy is so 2004 and Brooks seems like a genuinely nice guy, so we can quietly neglect them for now.

Smith just posted a 52 point, 22 rebound line on his way to being named Player of the Week, and Chandler is leading the league in scoring, so perhaps they are enjoying their newfound status as bonafide stars in China. Both guys have enough ego and ‘me firstness’ that playing for screaming fans that deify you and hang giant posters of you across the country is probably not feeling like absolute torture.  Chandler’s only problem may be finding a consistent weed supply, or, for that matter, photo-ops with random rabbis. (Seriously, can someone provide an explanation of that photo?).

I feel like Smith has made a connection with his new home, judging by the fact that he is certified Blasian (tell me he doesn’t remind you of the drunken master from Virtua Fighter? Am I crazy? Yes. Yes I am.). Smith is a legitimate nutjob, but an exceptionally entertaining player, with unlimited range and eye-popping hops. He’s just crazy enough to turn down a 3 year, 20 million dollar contract from the Bulls due to his love for the various tiers of Chinese prostitutes.

As for Chandler, I always liked him on the Knicks- a big shooter who could get to the hoop was never afraid to crash the boards. But for every one inspired game from Chandler, there were two others where you could have put his face on a milk carton. I didn’t actually expect him to physcically disappear though, that’s just unfortunate.

Thus, our ongoing tete-a-tete with China seems to have extended to the hardwood. In fairness, we did rent Yao Ming for the better part of 8 years (until he decided to head back to China to be made into a giant dragon that gets flown on Chinese New Year. That’s what’s happened right?). Don’t worry China, George Karl is just crafty enough to slip Kobe’s some extra mamba juice and program him to ‘retrieve lost Denver Nugget tattoos’. You just watch.

Alex went to McGill University in Montreal, but he grew up in Englewood, NJ. He likes soft things.