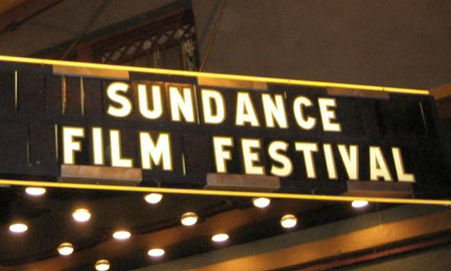 The 2013 Sundance Film Festival in Park City, Utah was full of fantastic films and celebrity appearances. From among the more than 100 movies and countless screenings scheduled, here are the top five Jewish moments:

While discussing her role as a water park employee in this hilarious comedy, actress Maya Rudolph said at a Q-and-A session, “I’m usually a funny person, but when it comes to this movie, I’m a kvelling Jew.”

In this Judaism-centric film from Orthodox director Rama Burshtein, Shira is devastated by the death of her sister during childbirth and must decide whether she wants to marry her widower, a decision which would be acceptable, if the rabbi approves, in her ultra-Orthodox Tel Aviv community.

Daniel Radcliffe’s Allen Ginsberg arrives at Columbia University in 1943 and meets his roommate, who asks him, “Are you Jewish? I’m getting really good at being able to tell.” Later, a sexual encounter in the library produces a similar statement from the librarian.

In Jill Soloway’s first feature-length project, Kathryn Hahn’s Rachel gets drunk while hanging out with her fellow JCC moms and lets slip the derogatory nickname she and her friends have for one especially religious member of their group: Kosher Amanda. When Rachel confronts her later, Amanda tells her that she doesn’t even keep kosher, since she likes cooking and doing so would prevent her from making some of her favorite dishes.

Lesbian mom and new prostitute Abby (Robin Weigert) gets nervous when a client turns out to be someone she knows, citing the fact that she’s on the board of her synagogue as one of her main concerns for being outed.