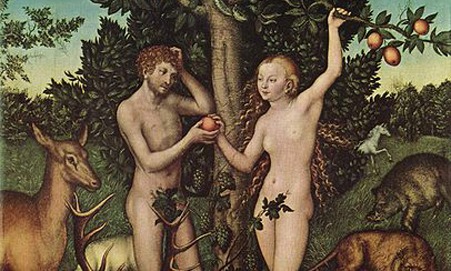 It’s Breishit again, and again, and always
for me, and I’m in it, and you bought the book.
I don’t blame you.
They are two worlds after all, and aren’t I the liar to inhabit both?
It’s just—
there is something to seeing two landscapes, quietly aware of distinct atmospheric pressures.

Seven years ago, I wore a pair of sunglasses when God burned a Jerusalem-stone staircase into the right lens, and the left was free to wander.
I gather, I listen, I read, I write,
and still,
and always—
I’m on a staircase, overlooking seventy thousand chosen people, wailing at a wall,
it’s wailing back,
and the priests among us are bellowing.

And you wrote your response-paper. And it was cynical.

And some girl pulled a tractate of the Talmud off my shelf and held it like a globe.
Silly girl—It’s Gibbon. It’s Levinas. It’s Steinbeck, Maimonides, David and God.
But she’s laughing, asking, So the Messiah comes, and they really think they’ll roll under the Atlantic to Palestine?
No, girl.
We’ll fly on the wings of eagles.
And then this is fascinating to her.
And then she writes a paper.
But she still hasn’t been on my staircase.

Now the library is confusing.
Once it offered respite and
shelves and shelves of scholarship from people wearing sunglasses.
But then there were layers.
People stopped traveling,
there was no need for those lenses,
and that girl’s paper got filed away, alongside someone’s who’d been to the Temple Mount.

And the sun is setting over Zion,
and my stone staircase has grown cold,
and my shadow has retreated,
and I’m in a library,
and I’m writing a paper,

Malka Fleischmann is currently pursuing her Masters of Comparative Theological Studies at Harvard Divinity School. She previously served as a Talmud teacher at the Ramaz Middle School in Manhattan and as Head of Camp in Bnei Akiva's Pennsylvania-based Camp Stone. Malka is interested in interfaith programming and cross-cultural religious analysis. She is also interested in terrible reality TV and life-affirming 20th century American and British literature. In her free time, Malka likes to go on historical mansion tours, listen to music and talk about Judaism. And lighthouses. She can be reached for further explanation at malkafleisch@gmail.com.