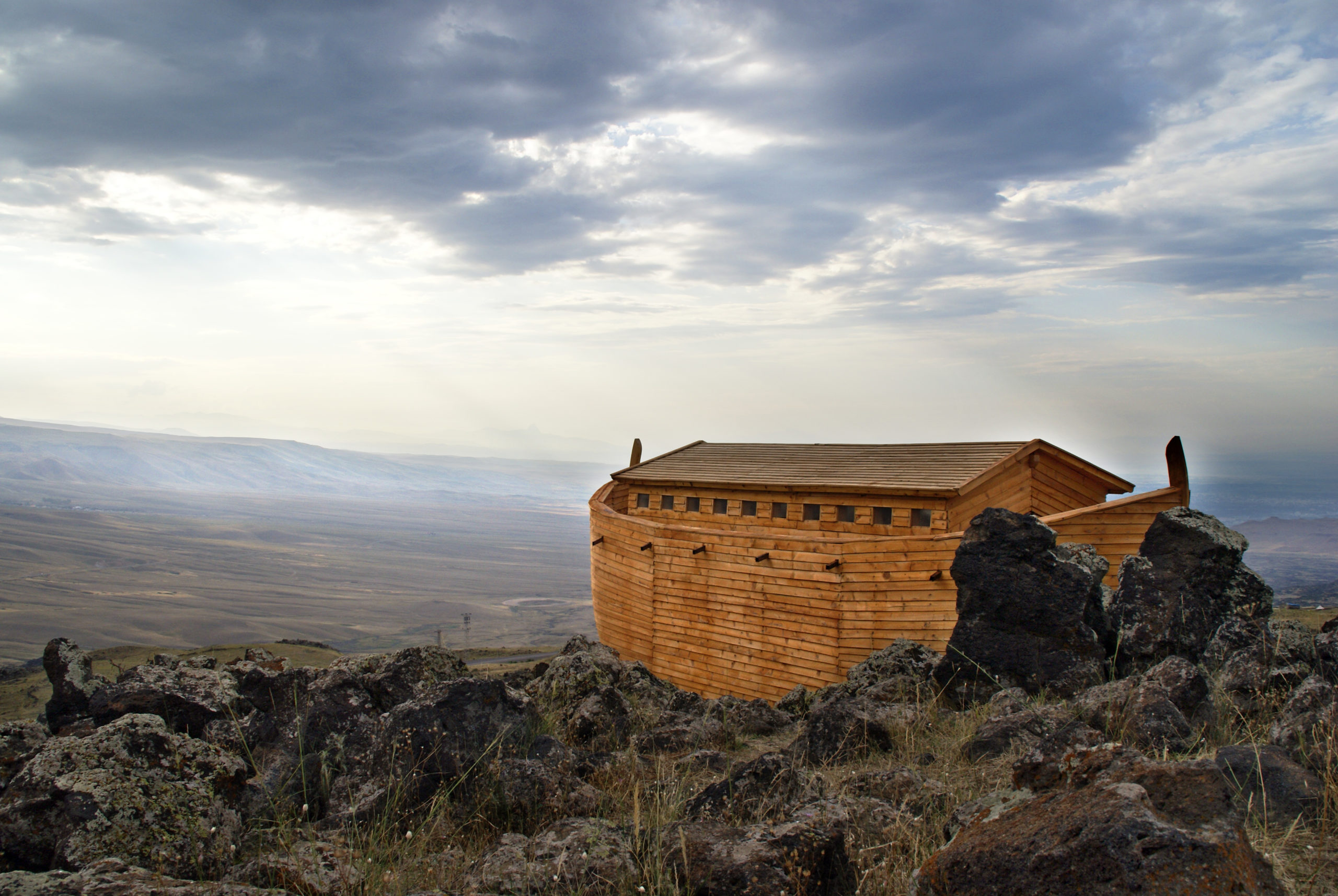 The generation of Noach was a corrupt one. G-d said to Noach, the most righteous among them, that He was going to destroy everything. He instructed Noach to build an ark of specific measurements, three-storied and consisting of gopher wood, and Noach and his family would be safe. He would also bring two of each animal, one male and one female, onto the ark, to prevent the extinction of any species. So Noach built the ark. Even though he knew the destruction would only come about due to his generation’s immorality, he didn’t try to convince any of his neighbors or acquaintances to do teshuva. He’s criticized for this by some commentaries—although he knew destruction was coming, he busied himself making sure he and his family would be okay, not worrying about anyone else. It’s easy to criticize, but all I can really think is Am I any better? When I’m busy or in a remotely negative mood, nothing anyone else needs or says has any bearing on me. I’m quick to ignore stuff my friends need help with. That is, of course, minus the pressure of knowing the world is about to end. While Noach is criticized in this sense, I don’t think I have any place to judge him.

When heavy rains and a flood were about to destroy the entire world, Noach gathered two of each animal and his family: his wife Naama, his sons Shem, Cham, and Yafet, and his three daughters-in-law. The humans lived on the top floor, the animals on the middle one, and their trash went on the bottom floor. The rains started and continued for forty days and forty nights, flooding the entire world. Every living thing outside the ark died, and all within it were spared.

It took months for the water to dry.

Noach sent a raven out of the ark to see if the water had yet abated. Then he sent another messenger, a dove, to check. It came back. Seven days later, Noach sent the dove again, and this time, it came back with an olive branch in its mouth. This was a sign the earth was going back to normal, that things were growing again, so they parked and disembarked.

G-d created the rainbow, a promise that He would never destroy the world again and a sign that He wants to. It’s a shame they’re so pretty; maybe, if they looked a little scarier, we’d actually be scared into working on our shortcomings.

And life went pretty much back to normal, as life is wont to do, despite the massive changes and destruction that had just occurred. I guess we get used to even the worst situations.

Generations later, the world was more populated, all these new people speaking the same language. This new generation decided to fight G-d and built a tower to be able to reach them. Teamwork didn’t make the dream work, though, even though every member of this group project pulled their weight. G-d created different languages in order to confuse them, each tower-builder now unable to communicate with the next.

It took forty days for the flood to destroy everything, and three hundred for things to only slightly go back to normal. It took one generation to destroy everyone, and ten generations to build the population back up. Our words work the same way: it takes just a few nasty ones to tear someone down, and hundreds to build them back up. The power of speech is hinted to in this parsha, when G-d commands Noach to gather the pure animals and the not pure ones, rather than explicitly calling them impure. Admittedly, this comes off as a stronger distinction in Hebrew, but the point stands: you don’t refer to things negatively when you don’t need to. As a teacher of mine pointed out recently, the specified measurements of the ark actually hint to speech as well—it was 30 amot by 300 amot by 50 amot, which, if translated by gematria into Hebrew letters, spell out lashon, speech.

We humans were created in G-d’s image. We were created with the power to build and destroy. It’s so easy to destroy, and so hard to build, and we need to use these gifts wisely. Use your speech carefully, to build others up rather than tear them down. Create, don’t destroy.