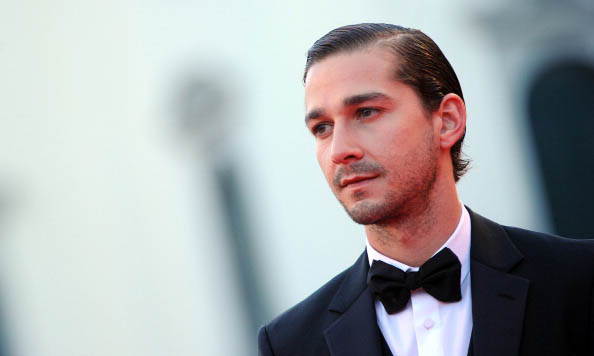 Why is Shia such a Li-a? The 27-year-old actor who recently admitted to plagerizing Daniel Clowes’ comic Justin M. Damiano in a short film and various authors in both his book and comic, is continuing to plagiarize on one of the most public tools of mankind: Twitter.

His first round of apologies came from a series of Tweets, of course; with this as his defining apology:

In more novel news, LaBeouf is apparently re-quoting a round of famous apology lines from the likes of Eliot Spitzer, Mark Zuckerberg, and the holy grail for the brain dead: Yahoo Answers.

I do not believe that in the long run this is about individuals. It is about ideas, the public good and doing what is best, I apologize.

This is cut from Eliot’s Spitzer’s apology in 2008.

I was alone in a very dangerous situation, I tried to control myself and not show the world what was going on. I am very sorry.

This is from Nelson Mandela’s interpreter’s speech.

But the actor took to Twitter again on the 29th saying that this was NOT a publicity stunt. I just don’t understand. Is Shia on drugs? Is this his form of a “joke”? Is he just an attention seeking, lonely depressive type with a pathological lying problem?

2014 Resolution – I need to work on being a less controversial tweeter.

Yeah, Shia. Or maybe just try and pull from your very own surely twisted and creative brain (he seems like he thinks weird thoughts). Sounds like Shia needs a trip or four to a therapist’s couch in the new year to sort out his decision making process. New Year’s resolution 2014?