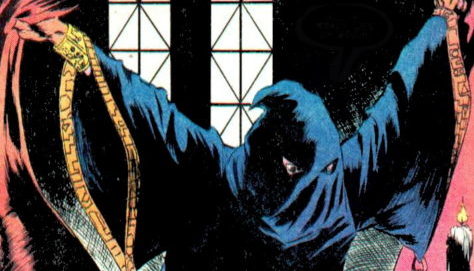 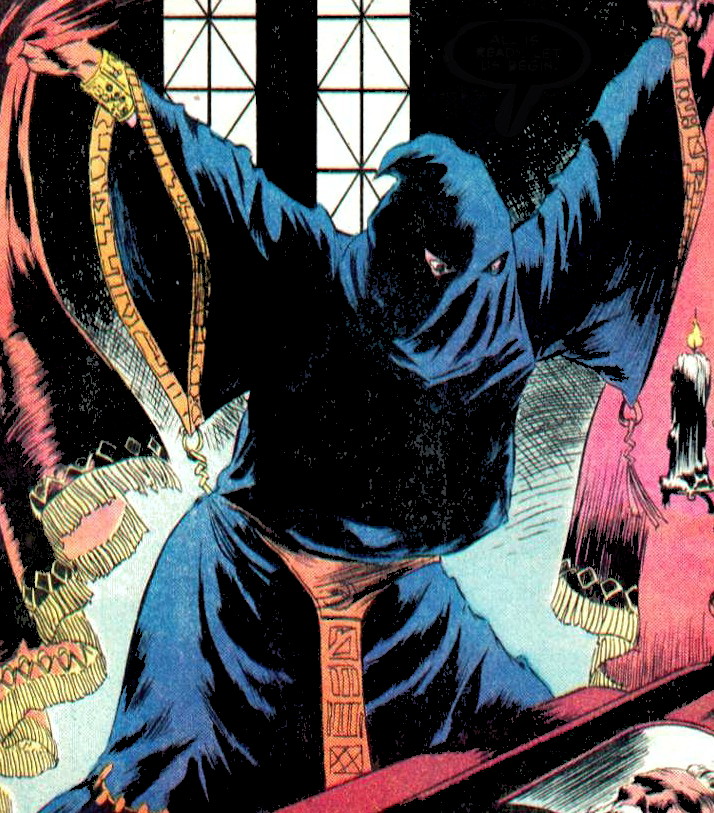 Friends, allow me to introduce you to your new favorite comic book bad guy: Marvel Comics’ Zohar. If you’re wondering based on his name whether or not he has anything to do with kabbalah, you are in for a real treat.

Zohar only appears in two comic issues (Moon Knight #37 and 38), but he makes an impression on any Jewish comic reader. Zohar is the alter-ego of Reuben Davis, a rabbi (yes, rabbi!) from Chicago. His creator is Alan Zelenetz, who is not only a comic book writer and film producer, but also a one time principal at the Yeshiva of Flatbush. So unlike nearly every other pop-cultural invocation of kabbalah, the man actually knew what he was writing.

The comic in which Zohar appears is Moon Knight. The titular superhero was born Marc Spector, to one rabbi Elias, Davis’s mentor. Spector is estranged from his family and Jewish background, but he returns to Chicago for Elias’s funeral, and that’s where the trouble with Zohar begins.

Basically, Davis is a student of kabbalah who goes mad with grief and egomania when his teacher dies, and decides that completely reasonable things to do would be:

Zohar’s costume is completely bonkers. He only appears in two issues, but he apparently has multiple costumes, one in a dark blue/black, and the other red. They robe has some great trimming, and a nice belt, accompanying jewelry, and even has a gratuitous cape! The pointed hood, though, is uncomfortable. Seriously, Reuben, were you even thinking about the implications? Apparently not, because he also stooped to hiring hoodlums to vandalize a Jewish cemetery, swastikas included, to distract from corpse-stealing.

Zohar tries to murder Marc, not realizing that the latter has a secret identity of his own. He then tries to murder a class of Jewish studies students learning kabbalah, at which he also seems to fail pretty spectacularly. Moon Knight suits up and confronts Zohar, whom he defeats by using a mirror to deflect the villain’s mystic zaps. (Others take care of the resurrected Elias by erasing the Aleph from “Emet” written on his forehead, the same way you take down a Golem.)

Zohar is apprehended by the police, and drained of his powers once his mentor is re-buried (or so we think! Please, someone bring him back). But while his stint at supervillainy may be short-lived, he’s a natural at the rhetoric (seriously, even unconscious he still manages to wax poetic). Let’s celebrate him with a few choice monologues:

“The secrets are safe with me, Father of my soul, and through them mankind shall be brought to penance. Tomorrow I begin with Marc Spector. Your sinful and rebellious son must atone by blood.”

“In the name of heaven, do you think Zohar will allow this mystic wisdom to pass into the hands of the sinful and ignorant? Know the divine spark of justice, mortal woman, but live to warn others!”

“No! These secrets must be mine and mine alone! Neither shall the fool know my name nor the void of wisdom utter its majesty!”

“Ha! Violence filleth the mouth of the wicked, but the prating fool shall fall! Now shall I cleanse you all– in the words of the prophet, ‘Though your sins be red as scarlet they shall be white as snow, though they be red like crimson they shall be as wool.'”

In conclusion, bring back Zohar, Jewish mystic melodramatic supervillain of our hearts.

Image of Zohar from Moon Knight #37. Via the Marvel database.