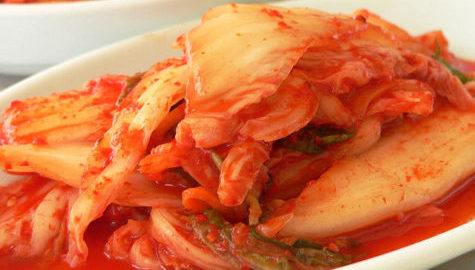 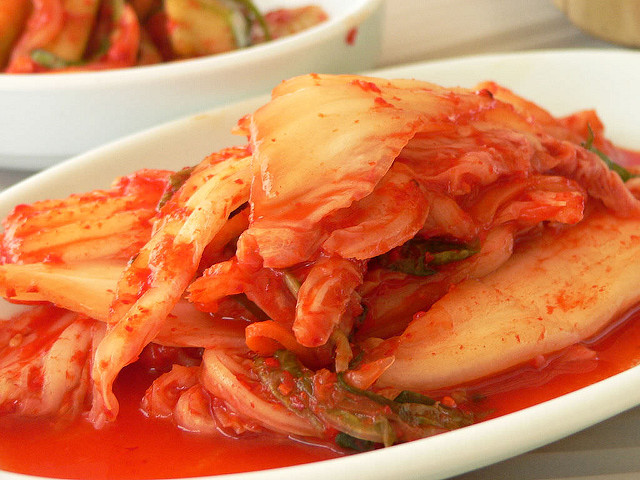 Kimchi latkes— exactly what they sound like. And they sound delicious.

I first got the idea years ago when I was living in Tel-Aviv. Word got around that a Korean restaurant had opened in town, albeit in some far-flung industrial area towards South Tel-Aviv.

One day while I happened to be in the area I went to check it out and ordered a scallion pancake as an appetizer. A lightbulb went off in my head: This is basically a latke! Why don’t I try and make these for Chanukah?

The problem was that in Tel-Aviv the Asian food stores (they do exist, particularly a notable on in the Shuk HaCarmel) didn’t carry kimchi so I attempted to make it myself. It sufficed in Israel because neither I nor my friends knew any better. Once I got back to New York and I was able to buy real kimchi, I got somewhat better at making latkes and a new Jewish tradition was born!

These amounts are an estimation, and I tend to make the recipe in an intuitive way. Trust your gut— it’s what’s about to receive the finished product here. If you insist on more exact proportions, Anh’s Food Blog has a similar, more scientific recipe.

I hope you find these as delicious as I do! Enjoy!