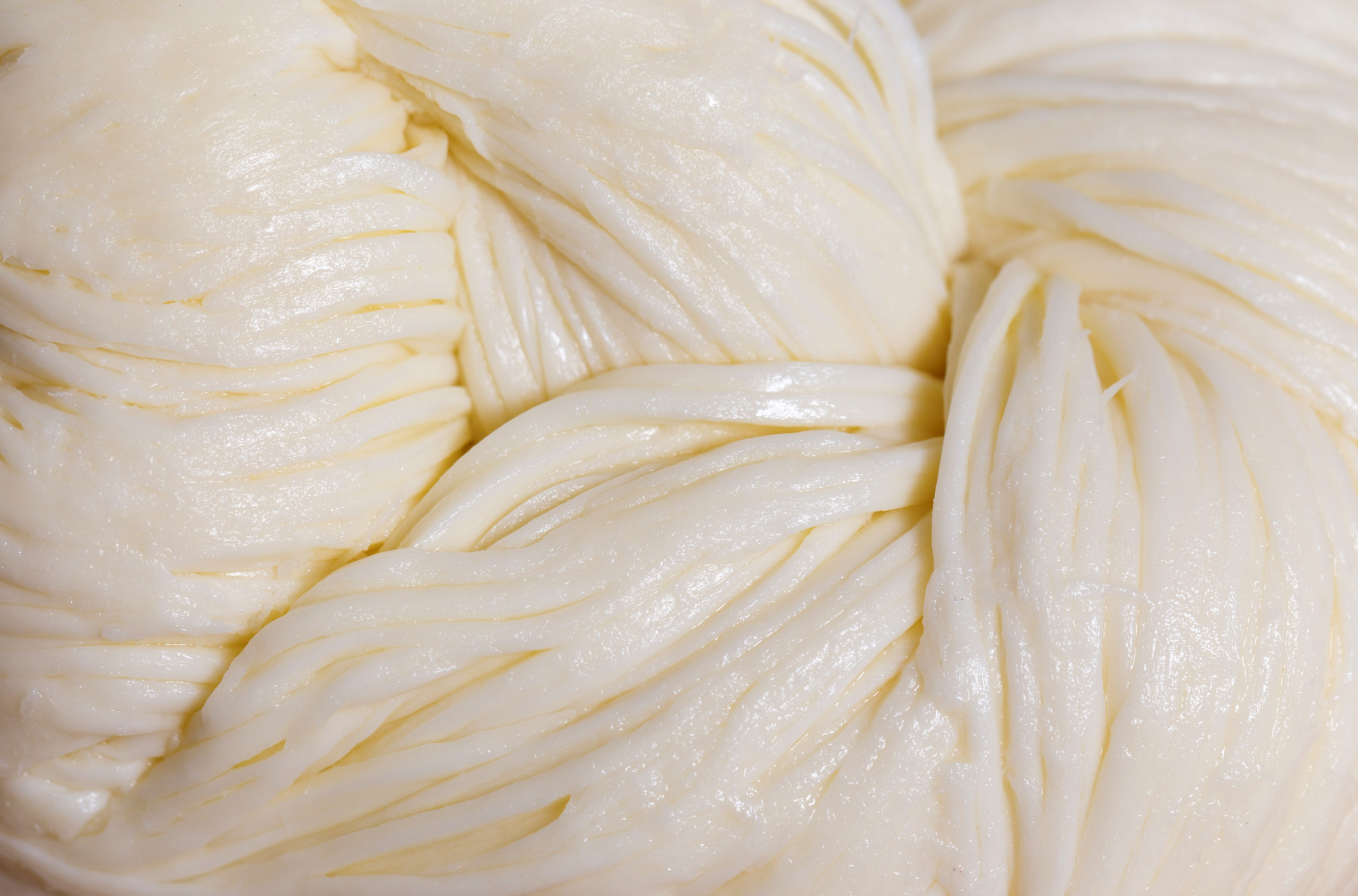 Florence Cohen didn’t set out to become a kosher cheesemaker. Born in New Jersey to a family of Syrian Jews, she fell into cheesemaking by chance. “My grandmother taught her cheese recipe at the Sephardic Community Center, and she asked me to help her teach it. When I learned how to make the cheese, I was fascinated by the whole process. Our community was raised on this traditional type of [Syrian] cheese. I loved it growing up and I could not believe how hard it was to make,” she said, referring to a traditional hand-braided mozzarella cheese that is familiar to many Jewish families with Syrian heritage.

After accompanying her grandmother a few times for these cheesemaking demonstrations, Cohen was hooked. “When I graduated from high school, I decided to start a cute business using this recipe. I called it ‘Grandma’s Cheese’ because it was my grandma’s recipes,” she recalled. “I began making it in my mom’s kitchen and I delivered it to my friends and neighbours. It was really a very hard process; it is not only time and energy but also heat involved and lots of burnt fingers! But people wanted it, so I kept going.”

Cohen’s business was an instant success. “I hit a point where very soon I was delivering to 50 houses a week. At that point, I hit a ceiling, I could not do it all by myself,” she said recalling the early days of her fledgling business. “My dad actually got me into a local store. He said: ‘hey look, my daughter sells cheese, these are her customers, can she sell it here?’ at that point I had all the requirements, but I needed someone to believe in me. So, at Ouri’s Fruit in Brooklyn, I had a little stand in a shelf with Grandma’s cheeses. Everything was handmade. Even the labels!”

From these humble beginnings, Grandma’s Cheese is now stocked in over 30 supermarkets in the tri-state area, several outlets in Texas and Florida, and is even shipped to Panama. With over 10 flavours of braided mozzarella including black caraway, za’atar and olive, a new line of kosher burrata cheeses, and even a kosher restaurant that is dedicated to showcasing the cheeses in all its dishes, Cohen’s business is booming and expanding.

And in a twist of fate, Cohen met her husband Max through her kosher cheese business.

“I met him through [cheesemaking], because I had built a name for myself in my community for being the ‘cheese girl’. I saw him at a party and used my cheese as a way to introduce myself to him. He didn’t know of me at all or my brand, until I reached out again later, asking him to try my product. Our relationship started when he came to my house and he tried it there,” she laughed, recalling the origins of their relationship.  He later joined her business, and these days, they both work full-time creating their lines.

Interestingly, Max and Florence Cohen are part of a brand-new wave of cheesemakers that are producing high-quality kosher cheeses that were never traditionally available to kosher consumers.

Kosher cheesemaking can be difficult, with added expenses for kosher supervision and difficulty obtaining cheesemaking supplies such a certified rennet or cheese cultures that comply with kosher requirements.

Factories are also sometimes reluctant to produce kosher cheeses, which are often small production runs and include extra requirements such as intensive cleaning which may interfere with larger orders. Small businesses may also find the costs of kosher cheesemaking prohibitively high, especially if there is mashgiach [kosher supervisor] present to supervise the milking to ensure compliance with the highest level of kosher requirements such as Chalav Yisrael.

All these additional challenges may present insurmountable hurdles to kosher cheesemaking, which is already a highly technical art.

While the Grandma’s Cheese does not use rennet, and achieving formal kosher certification was not overly difficult, it is still an expensive additional cost.

“For us, becoming kosher was not a challenging process. It was just expensive,” said Max Cohen. “Usually, it comes with getting a commercial kitchen. These days we have our own commercial kitchen, but that was a whole journey.” Despite the efforts involved, the Cohen’s are happy their product has resonated with so many people, noting, “we love it, we eat it all the time.”

As for Florence Cohen’s grandma, the nachas continues, “She’s still alive. She’s young. When she walks into supermarkets, she points to our cheese, and says: ‘I’m the grandma!’”

The Cohens are not the only ones making kosher cheeses accessible to the masses. In supermarkets across the country, including Wholefoods, one can find kosher certified cheeses from That Cheese Guy.

The man behind the brand is Brent Delman who owns a wholesale speciality food company. About 30 years ago, when he adopted an Orthodox Jewish lifestyle and started keeping kosher, he felt there was a lack of kosher cheeses.

While Delman makes kosher cheeses, he considers himself more of an affineur, someone who is an expert in ageing and maturing the cheese. These days, his brand produces more than 50 types of artisan kosher cheeses, including many organic, raw milk, grass fed cheddars and parmesan as well as burrata and goat cheese.

“I do not own a farm. I go in and make cheese at creameries and farms. I bring in all the ingredients other than milk. I also bring the mashgiach [kosher supervisor] and then I take the cheese that is made, and I age it,” he said.

As his business has grown, he has commanded a unique niche in the market where he produces the largest range of kosher high-end speciality cheeses, outside of Israel. As part of his work, he travels to farms around the world, sourcing the best materials and ingredients to make his high-end artisan kosher cheeses.

One of his top sellers is an American made Parmesan cheese.  “We aged it over 4 years and the way we age it, it retains some creaminess and has a nuttiness and sharp flavor profile that’s almost sort of reminiscent of an aged cheddar. It is just an incredible umami flavour with cheese crystals. You bite into it and get these crunches which come from the amino acids that are crystallising in the cheese,” he said. “When I started this, about 18 years ago or so, there was no sharp cheddar or fresh mozzarella in the United States. We probably had 5 or 6 varieties in total of kosher cheeses in the market. So, my goal has really been to bring the finest cheeses in the world to the kosher pallet palate and do so within the framework of Jewish law,” he explained.

“People send emails saying that it brings their families and friends together. One of the things I hear often about my products is that the quality is such that it’s acceptable to anyone, kosher or non-kosher as well as those with other dietary or ethical restrictions. Sometimes there are family members who find it difficult to come together and agree upon common foods, but my cheeses have done that. It is one of the best things.”

Get Ready for Shavuot with ‘Torah Hardcore’