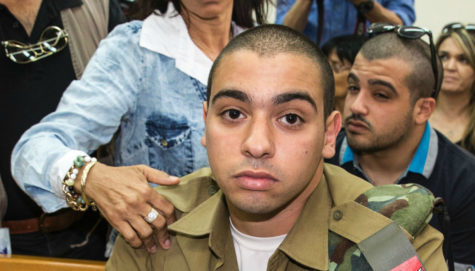 Just in time for Purim revelries to come and go, it seems Knesset is determined to show us how deep their character study of Ahasuerus is. I am impressed with how thoroughly a modern democratic state can imitate a petty, short-tempered tyrant, and doubly so because they seem to be intent on doing it by committee. That takes some serious workshopping, you guys.

First off, we have the so-called “BDS ban,” except that ban doesn’t just include folks who are involved with BDS, even tangentially. (Besides, Israel has long been denying entry to anyone they deem a potential threat to the state, including some activists.) But even the ADL and the AJC have condemned the bill because it is so vague, it could easily cover anyone who endorses even a partial boycott. This means not just settlement-only boycotts, but any foreign national who boycotts any Israeli institution, for any reason, ever.

Do you know who that covers?
Nearly every Jewish person ever.

Sure, right-wingers are crowing over their victory, even though a law like this is unlikely to stand up in Israel’s Supreme Court. What they don’t realize is that this law, and anti-free-speech ethos it espouses, are corrosive to democracy and civil society as a whole. Today, the law takes its aims at leftists, but tomorrow those tables could easily turn.

Not to be outdone, a bill being debated is aimed at the mosques in the country. The “muezzin bill” is framed as a way to protect the sleep of citizens by restricting how loud the muezzins can broadcast their calls to prayer, and at what times. Unsurprisingly, it’s been roundly lambasted as discriminatory, and Knesset Member Ayman Odeh ripped up a copy of the bill before he was escorted out of the chamber. The bill has a ways to go before it becomes law, and if it does make it that far, there’s a strong chance that the Supreme Court will kill it. Which, like the bill before it, doesn’t make it less corrosive to the society that spawned it.

As if that isn’t bad enough, a Knesset panel is trying to put forward a bill that would prohibit civil service in left-wing organizations. Civil service, or Sheirut Leumi, is a key part of the state’s function. Alongside conscription in the army, civil service is considered a rite of passage, and is an important way for young adults to provide much needed aid in various ways around the country. Especially for those who cannot go to the army, for medical, religious, or other reasons, civil service is an important way to give back to their society. The casting of these NGOs as “foreign agents” and the people working for them as working “against the state” is making use of ideological rhetoric to limit dissent and strangle progressive organizations in a single blow.

This bizarre turn to the regressive isn’t new. Just over a year ago, a bill was proposed that would essentially force NGOs to label themselves as “foreign interests,” by forcing them to disclose private foreign donations. It was a move aimed to cripple liberal organizations, which often receive funding from abroad. Had it passed, it would have likely resulted in both a chilling effect on free speech contradicting the government, and result in a drop in donations when donors did not want their privacy breached. It was voted down 42-40.

These bills, among others are part of an ugly turn in Israel’s ongoing culture wars, that stress clashes between the ultra-Orthodox, who seek to impose religious-based restrictions on Israel’s mostly secular majority, between the ultra-nationalists and two-staters, and ethnic tensions between Ashkenazim, Mizrahim, Palestinians, and so on. The cleavages in Israeli society are many and multi-layered, and they contribute to an increasingly fractured society.

But perhaps nothing is quite so indicative of the slide into the amoral and absurd as the fact that people dressed up their kids as Elor Azaria for Purim.

Why people would think it is a good idea for their kid to dress up as someone who was convicted for manslaughter is a pretty tough nut to crack. After Azaria shot and killed an already subdued assailant, Abdel Fatah al-Sharif, some openly campaigned for his pardon and release, whilst others thought his sentencing was so light that it was a mere slap on the wrist.  Israeli society has been deeply divided on the issue, with some who took the soldier’s side saying that his actions were responsible, permissible, and praiseworthy, and that despite Sharif’s immobilization, Sharif posed a credible threat.

The court disagreed, to the ire of many,  including those desiring he be pardoned. Many were saying they’d wish more Palestinian assailants a similar fate. These people see Azaria as a hero, or even as a martyr of sorts, a Mizrahi, religious low-ranking soldier rigged to take the fall for his superiors in a rigged, leftist court system. Some powerful right-wing voices, including Naftali Bennett and Avigdor Lieberman expressed support, and a rally in his support even attracted local pop stars.

In contrast, others see him as an impulsive young man, whose anger was no excuse for the murder of a young Palestinian, especially since he was already in custody and subdued. In his actions, some see the ugly results on a society poisoned by half a century of militarily occupying another people, including dehumanization that leads to unnecessary violence. Even Prime Minister Bibi Netanyahu (no leftist, he!) and Moshe Ya’alon spoke against it as a clear violation of the IDF’s ethical code. And al-Sharif’s father called the sentence a “joke,” and considering that Palestinians have gotten multiple years for throwing stones that didn’t result in death, it’s not hard for people who condemn Azaria to agree with that sentiment.

There’s many reasons why this divide in Israeli society exists, and why the Azaria case is something of a cipher for all of them. There’s a lot to say about enduring Ashkenazi-Mizrahi tension in Israeli society, despite the closing socioeconomic gap between the two populations. There is also much to say about the toxicity of the fundamentalist-influenced ethno-nationalist camp and their alliance with the religious right. But dressing up your kids in honor of someone who shot and killed someone – whether you think it was in self defense or not – shows that our society is ill.

Looking back on a holiday where we celebrate our deliverance from genocide thanks to a queen who used her words and her wits, not the sword, maybe we should reconsider what lessons the Book of Esther has for us— and if we want our leaders to be like Esther and Mordechai, or to emulate a petty, cowardly tyrant like Ahasuerus.