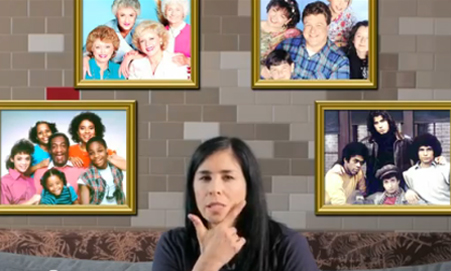 Sarah Silverman released a new election video, and it’s filled with just as many f-bombs as you’d expect. The video is designed to shock, of course, but also to educate those affected by new voter ID laws. Silverman argues that the “super fucked up” laws, while claiming to prevent voter fraud, actually make it more difficult for members of certain demographics to vote.

Less vulgar than her last video, in which Silverman offered to scissor casino magnate Sheldon Adelson if he donated to Obama instead of Romney, this one urges voters in states affected by the new laws to find out what kind of identification they’ll need to vote, and make sure they have it on Election Day. The video is on a site called Let My People Vote, which is funded by the Jewish Council for Education and Research.

Watch Silverman’s latest foray into politics for yourself: