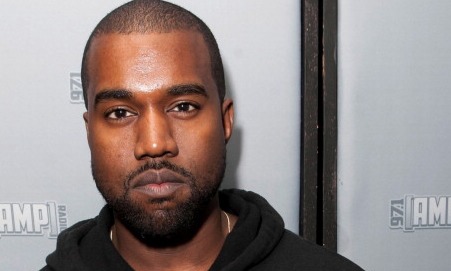 Last week, in a radio interview, Kanye West made some stereotypical comments about Jewish power.

This week, the Anti-Defamation League is calling on Kanye to apologize, XXL reports.

Abraham H. Foxman, the ADL National Director then responded to Kanye’s opinion with some thoughts of his own. “If the comments are true as reported, this is classic anti-Semitism,” said Foxman.” There it goes again, the age-old canard that Jews are all-powerful and control the levers of power in government. As a celebrity with a wide following, Kanye West should know better. We hope that he will take responsibility for his words, understand why they are so offensive, and apologize to those he has offended.”

Ah, right— totally forgot that Kanye is renowned for saying all the right things. Because he never said, “I’m sorry, but Beyoncé had one of the best videos of all time,” or “George Bush doesn’t care about black people,” or “I walk through the hotel and I walk down the street, and people look at me like I’m … insane, like I’m Hitler.”

The ADL might want to stay off any lyric website, lest they find many more hip-hop references to Jewish connections and money, that aren’t automatically anti-Semitic, but rather, need context. (Royce Da 5’9: “While these rappers kill each other, them Jews they stick together like glue / and generate more money than FUBU”; Jay-Z: “See I was born in sewage, born to make bomb music / Flow tight like I was born Jewish”; Nas: “The Jewish stick together, friends in high places / We on some low level shit.”)

We’ll see if and how Kanye responds to Foxman. It should be interesting.