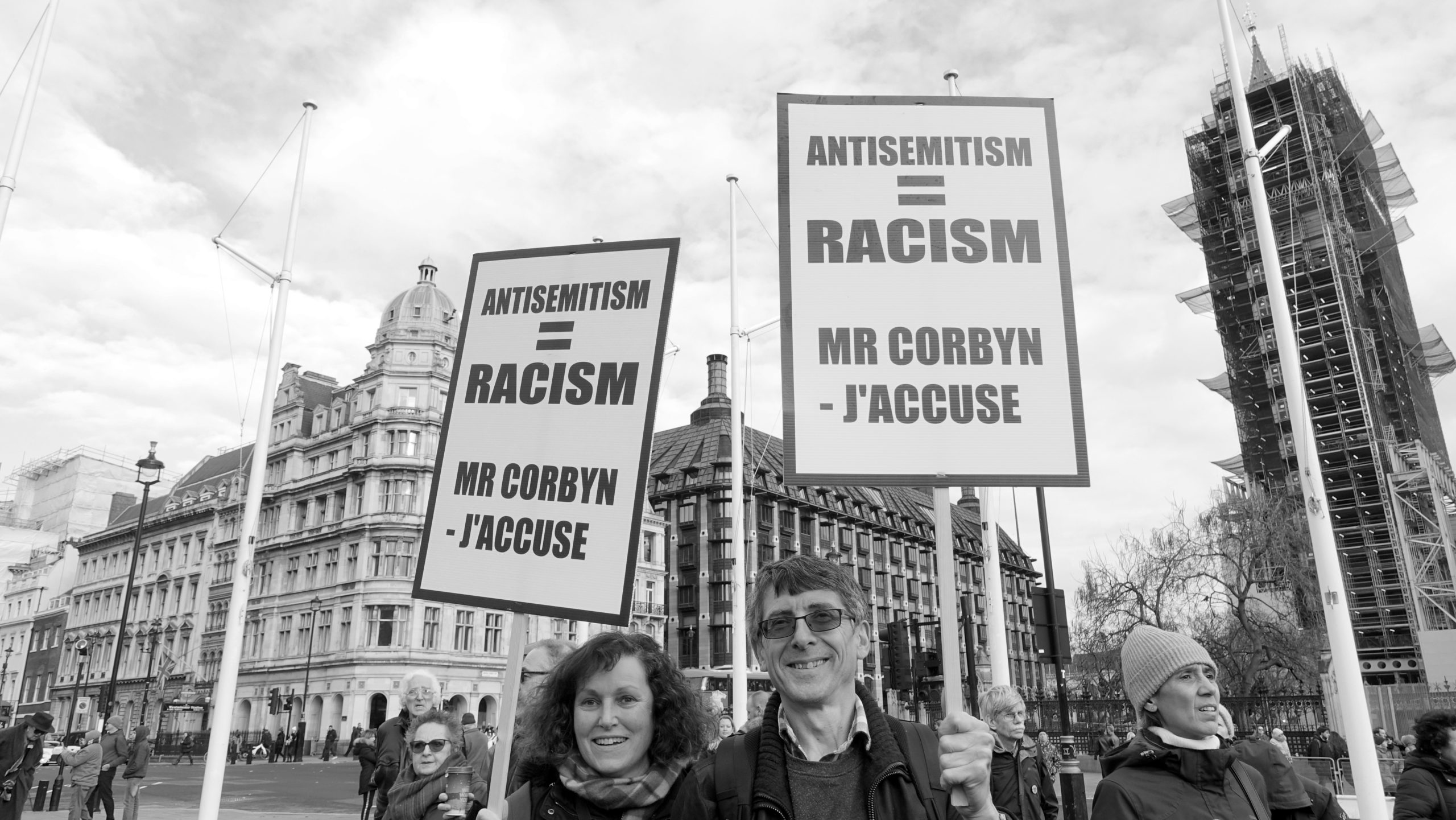 In the most unsurprising news ever, people are using the recently-released FBI Hate Crime report to be anti-semitic.

When comedian Amy Schumer shared a tweet about the FBI’s 2020 Hate Crime report — that of all hate crimes motivated by religion, 57.5% targeted Jews, who make up less than 2% of the total population — the usual infuriating, anti-semitic comments rolled in.

Aside from numerous “Free Palestine” comments, we got:

“Some additional stats: 13% were based on religion. 20% on sexual orientation, 62% on race, ethnicity and ancestry bias.”

“Ok…. Now let’s see hate crimes due to race… don’t forget to include police brutality, Covered up Lynchings to be called a suicide, etc. Jewish people got it bad, but they don’t have it as bad as MOST of the minority group.”

“I don’t understand how someone could hate based on religion!”

Here’s the thing: people don’t attack Jews because of their religion. We’re attacked because we are Jews.

Jewish businesses aren’t vandalized because someone takes issue with the fact that Jews keep the Sabbath or debate the Talmud.

When someone asks me my opinion on the Israel/Palestine conflict after introducing myself, it’s not because I was talking about attending Rosh Hashanah services. It’s because my last name is Katz, and they know that Katz is a Jewish surname.

When kids called me a kike in high school and made fun of my nose, they weren’t making fun of me because I held a different view about covenants with G-d. It’s because they thought I looked Jewish and mocked me about that.

When Chasidic Jews get harassed in Brooklyn in the name of ‘Palestinian activism,’ it’s not because the person takes issue with their commitment to Halacha. It’s because they saw their visibly Jewish appearance and decided to attack them.

Do Jews get harassed based on religion? Yeah — every time a Jew gets interrogated on why they won’t accept Jesus Christ as their lord and savior, it’s anti-semitic. But that’s only a small portion of all anti-Jewish hate.

You know how I know attacking Jews isn’t only a religious hate crime? Because atheist Jews get attacked. Jews with no relationship to religion get attacked. “Culturally Jewish” people get attacked. Israelis who aren’t Jewish get attacked. It’s the association with our tribe, our group: it’s not religion-based, it’s identity-based, and that’s dangerous.

Did you know that Jews are the third-most targeted of all reported hate crimes despite being less than 2% of the population?

When you look at the charts the FBI provides, it seems like anti-religious hate crimes are no big deal compared to hate crimes of race, ancestry, or ethnicity. But when you ignore the categories and look by specific bias type — like anti-Jewish — you find that anti-Jewish hate crimes account for 9% of all hate crimes reported in 2020.

There are only 7.6 million Jews in the United States.

There are so many issues with the term “religious hate crime,” but above all, it diminishes anti-semitic hate.

It’s an issue on the left and the right. Alt-right neo-nazis don’t really care that we don’t believe in Jesus. They care that we’re impure, non-white, and a threat to the white race. Leftists don’t care that we don’t eat pork. Woke, culturally-Christian atheists care less about ‘religious hate crimes’ because they think religion is backward or something from which Jews need to evolve. In their mind, Christianity is oppressive and fucked up, so Judaism is too.

The term itself is just ridiculous. When the FBI calls anti-semitic attacks “religious hate crimes,” they imply that anti-semitism will magically cease to exist if we stop being religious — but they won’t.

Hate crimes are violence by bias, and that bias is no fault of the individual. I didn’t date in high school, and I had a pixie cut, which led my peers to call me a lesbian — even though I wasn’t. I was bisexual, but nuance doesn’t matter to those who perpetrate hate crimes.

And many organizations — including the Southern Poverty Law Center, the Anti-Defamation League, and the international Office for Democratic Institutions and Human Rights — categorize hate crimes by specific bias or ideology. Categorizing hate as anti-Black, anti-Jewish, anti-Romani/Sinti, etc., allows for more nuance and clear data.

Identity is complex, and the hate minorities face cannot be diminished to one facet of our peoplehood. So call a spade a spade: it’s racism, plain and simple, and shouldn’t be subject to diminishing terminology.

Every year in school, my classmates would learn about the Holocaust. And every year, without fail, someone would ask, “Why did Hitler attack Jews for their religion? Couldn’t he do that to Christians, too?” Then, because I grew up in the bible belt, someone would say, “Well, maybe if Jews believed in Jesus, they wouldn’t have been killed.”

So — why do people hate Jews because of their religion?

Zoe Katz is a journalist in Crown Heights, by way of Athens, Ga. Her work has appeared in the Forward, Alma, and Moment Magazine, and she covered Georgia’s elections as an Election SOS fellow for the Macon Telegraph. Her interests include Jewish pirates, combatting antisemitism, and Sacha Baron Cohen.