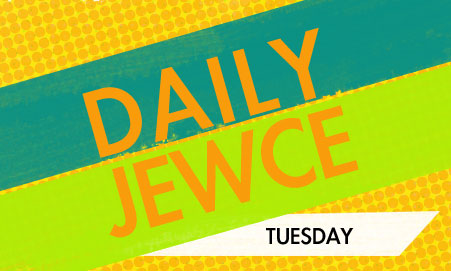 • Former U.S. Rep. Gabrielle Giffords and her husband Mark Kelly are moving back to Tucson, AZ.

• Woody Allen is filming an untitled comedy with Alec Baldwin, Cate Blanchett, and Louis C.K. in San Francisco and New York this summer.

• From the Los Angeles opening of a play about Rothko to an afterparty with eight of the artist’s paintings.

• Zach Braff is heading back to cable for an episode of TV Land’s The Exes, where he’ll reunite with Scrubs BFF Donald Faison.

• Andy Samberg has one thing to say about the Olympics:

This Chanukah, Fight Misogyny with Wine and Cheese