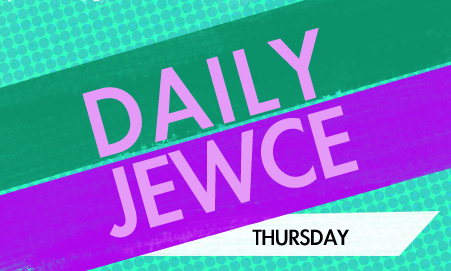 • Even the New York Times picked up on the Long Island presidential debate’s Jewishness, quoting our friends over at The Scroll.

• Does Obama have a Sarah Silverman problem?

• Israeli novelist Shani Boianjiu joins Lena Dunham as a voice of her generation.

• Dustin Hoffman got emotional while discussing some of his breakout film roles.

• Twitter: no longer the forum of choice for neo-Nazis. The popular messaging site blocked a neo-Nazi group at the request of the German government.

• The good people at Vulture made a few tweaks to a scene from this week’s Homeland episode. Spoils abound: