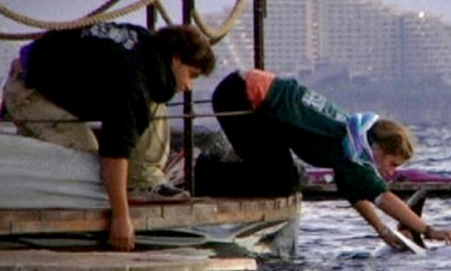 Walt Disney Animation Studios has bought the rights to the beautiful Israeli documentary Dolphin Boy—the story of Morad, an Israeli Arab teenager, who was beaten so viciously he lost his ability to communicate. Morad’s recovery was slow, and doctors wanted to put him in a mental institution. But instead, Morad’s father took him to Eilat where he could swim with dolphins, a process that taught him how to communicate again. The Times of Israel reports:

The purchase is the first that Burbank, California studio has made in Israel. It intends to turn the story into a feature film.

The award-winning documentary was produced by Dani Menkin, Yonatan Nir and Judith Manassen Ramon, who worked on it for four years after hearing Morad’s story.

It’ll be interesting to see what Disney does with the film. Watch a trailer for the original: