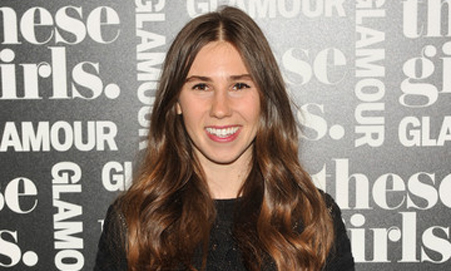 Can’t get enough of Zosia Mamet, better known as Girls’ scene-stealing Ramah alum Shoshanna Shapiro? You’re in luck, because she’s taking a page from dad David Mamet’s playbook (get it!) and starring in an Off Broadway production opening in February.

According to the New York Times’ Arts Beat,

Ms. Mamet will also make her Off Broadway debut as the downbeat, enigmatic Leigh in Paul Downs Colaizzo’s “Really Really,” a drama about sexual politics and culture clashes among college students.

Our fingers are crossed that Leigh is like, Shoshanna’s other cousin or something.

Zosia Mamet’s Winter Plans: On ‘Girls’ and Off Broadway [ArtsBeat] Previously: Zosia Mamet Reports That Even Off-Screen, Dating in Your 20s Sucks
How Do You Solve a Problem Like Shoshanna?