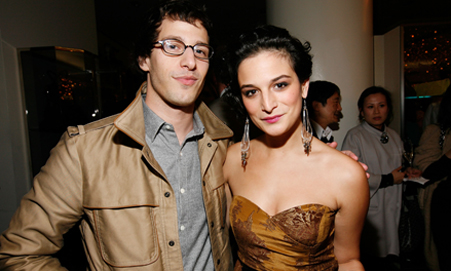 The hilarious Jenny Slate—former SNL-er, Jean Ralphio’s twin sister Mona Lisa on Parks and Recreation, half of the dream team behind Marcel the Shell—is back with a new web series over at Jash, Sarah Silverman’s YouTube channel.

‘Catherine,’ billed as a story in 12 parts, plays like a Twin Peaks-style drama, though nothing really seems to happen in any of the scenes. But we love Slate, and we’ll watch pretty much anything she does: