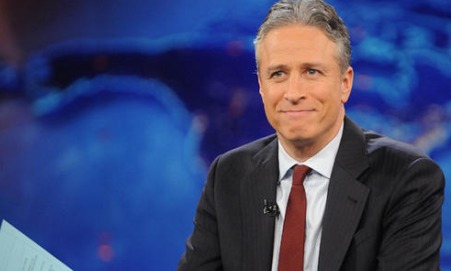 Every so often, Stephen Colbert rises above and beyond, making us wonder whether he’s taken Jon Stewart’s place as the most trusted source in news—all of his Emmy’s might be proof enough. But then Stewart goes and does something great, reminding us who’s king.

This week, Stewart interviewed Malala Yousafzai— the education activist from Swat Valley in Pakistan who was shot by a Taliban assassin— about her new book I Am Malala.

You now my father was a great encouragement for me because he spoke out for women’s rights. He spoke out for girls’ education and at that time I said, “Why should I wait for someone else? Why should I look to the government, to the army that they will help us. Why don’t I raise my voice? Why don’t we speak up for our rights?”

Yousafzai inspired and charmed Stewart, as she did the world, prompting him to ask her if it’d be cool to adopt her—her dad was right backstage, but we don’t blame him for trying.