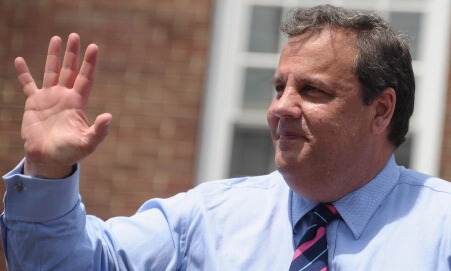 As New Jersey Gov. Chris Christie is grossly working to block marriage equality for same-sex couples in his state, one great man is standing up for what’s right: Judd Apatow, you never cease to inspire us. Apatow took to Twitter to lambast Christie, whose stay would block same-sex marriage from taking effect in late October.

Christie should take Apatow’s advice lest the director cast him as a political villain in his next film preventing any and all future for him as the GOP candidate in 2016. Get on board, Christie.

Thanks to @bodybyjake & @CoCaColaCo. Together we will make a real difference for many kids in New Jersey. pic.twitter.com/fwNzWu8dbn

.@GovChristie lots of politicians have announced that their positions have evolved. Maybe you don't want to be the last person to get it.

Idina Menzel is Marrying a Newsie!

Breaking Up is Hard to Do—Especially in the Orthodox World