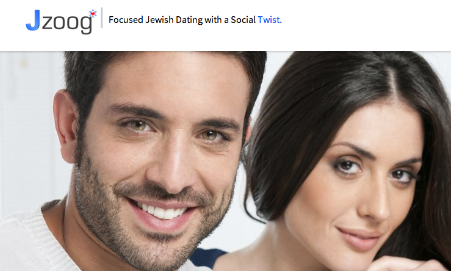 Well, well, well. There’s a new online dating site in town. The mostly free website, Jzoog, launches on November 7, and depending on how it fares, JDate might have some competition.

Rabbi and dating coach Arnie Singer, who wrote From I to I Do: How to Meet, Date and Marry Your Mr. Right, created Jzoog as a way to help single Jews find each other, but without the “online shopping” feeling that’s often experienced on so many dating sites. On Jzoog, users see each other one at a time, and they’re unable to check out the next person until making a decision on the current one, according to Jzoog.com.

Instead of glossing over you in a race to scroll through as many matches as possible, Jzoog users get the opportunity to give every potential match a chance. That’s good for both parties.

Online dating shouldn’t be like online shopping. You shouldn’t be treated like a piece of merchandise. Everyone deserves to be the center of attention

Often times, online daters will message the hell out of everyone they see because there’s nothing to lose, wasting the time of people seriously looking for relationships. To avoid that burden, JZoog tried a different approach: users don’t pay a fee unless they want to actually contact someone, NY Blueprint reports.

With Jzoog, users pay for tokens, which are used to contact someone. A smile, which is similar to a poke, is 50 cents, while sending a message is one dollar, or two tokens. There is no charge to respond to a message and there is no charge for sending additional messages to a person, once the conversation has begun. A smile may be a common choice for women who don’t want to appear aggressive but want a guy to notice them.

And, keepin’ it old country, Jzoog has a matchmaker feature, which allows users to set each other up.

Only time will tell if Jzoog has got the moxie to make it in the online dating game. Let us know about your experiences with Jzoog come November 7. If you meet, date, and marry Mr. or Mrs. Right within a week, we’ll buy each of you a soda.