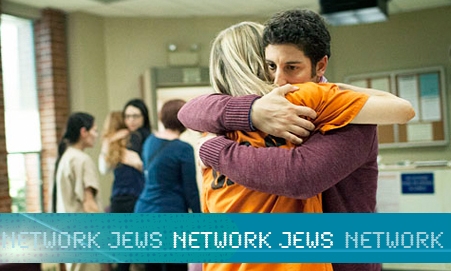 If you missed binge-watching Netflix’s Orange is the New Black, leaving your house this summer must have been a fairly frustrating experience. In certain circles, “Have you seen Orange is the New Black?” “What did you think of the ending?” and “Aren’t you sad that Laura Prepon isn’t coming back as a regular next season?” are the only topics of conversation.

The series, which debuted July 11, is summer’s bona fide hit, and for good reason. Complex female characters are so rarely given a spotlight on television; OITNB thrives on them. Every character has a thorny, unexpected backstory. You have (spoilers ahead!) goody two-shoes Piper Chapman (Taylor Schilling), an upper-crust blonde who makes artisanal soaps and quotes Robert Frost, in prison for smuggling drugs. There’s blissed-out Buddhist Yoga Jones (Constance Shulman), locked up for shooting an eight-year-old boy. Quiet, proud Miss Claudette (Michelle Hurst) is revealed to be not your average elderly woman, but a cold-blooded murderer.

No one is quite whom they seem on the show. Series creator Jenji Kohan (the Jewish mastermind behind Showtime’s Weeds) excels at bending stereotypes backwards. But when it comes to Larry Bloom (Jason Biggs), Piper’s fiancé, she falls short.

It’s easy to fall in love with Bloom right away. Some men might recoil at the prospect of their girlfriend spending 15 months in prison. Not Bloom. Instead, he proposes on a beach and dutifully visits Piper in prison every other weekend. (“Why would I want a felonious, former lesbian, WASP, shiksa who’s about to go to prison to marry me?” he asks during his proposal. “Well, because this peculiar, under-achieving, under-employed Jew boy loves her.”) He’s every Brooklynite’s dream—he dresses like an Esquire model in plaid button-downs layered under cozy sweaters, eats organic kale, and is an occasionally successful freelance writer (appearing in the New York Times and on NPR). What’s not to adore?

That’s exactly the problem. Bloom is the stereotypical Nice Jewish Boy, no more, no less. He and his parents (Kathryn Kates and Todd Susman) are the lone flat characters among a cast of three-dimensional personalities. Most of their interactions are simply a series of self-deprecating Jewish jokes, like this one exchange in the season finale:

“Did you hear about this Google Glass thing? We’re all gonna look like cyborgs,” Bloom’s father says.

“Seibergs? Weren’t those your neighbors down in Florida?” Bloom asks.

His mother chimes in, “My friends loved your radio thing. Everyone was talking about it at mah johngg.”

Kohan doesn’t shy away from highlighting race and ethnicity. When Tiffany, a white evangelical Christian character advocates for a whites-only bathroom, Taystee, who is black, retorts, “This ain’t The mother-fucking Help, bitch.” The Bloom’s Jewish jokes aren’t out of place; most scenes are fraught with racially-driven comments. But whereas Tiffany and Taystee each have their own complex (not to mention heartbreaking) histories, Bloom does not. This might pass on a different show, but OITNB is built on the foundation of telling real, raw, unpredictable stories. Larry Bloom is as predictable as they come.

Nice Jewish Boys like Larry Bloom are old hat for Biggs. He got his big break on Broadway at age 13 as Judd Hirsch’s son in Conversations With My Father. In 1997, he played Robby Rosenfeld in the series Total Security. International stardom came in 1999, when he portrayed Jim Levenstein, an anxious, nebbishy high school senior on a quest to lose his virginity, in American Pie. It’s not so difficult to imagine Bloom as a grown-up Levenstein, especially when he makes an ominous reference to “the pie incident” (American Pie‘s most infamous scene involves Biggs getting intimate with an apple pie). Five years later, he portrayed an Orthodox Jew in Daniel Goldfarb’s play Modern Orthodox.

Biggs pulls off the mensch schtick so convincingly that you might be surprised to learn he’s actually Catholic. His Twitter bio reads, “The Jewiest looking non-Jew.” (His dark curls are courtesy of his English, Italian, and Sicilian ancestry.) While he has played non-Jewish roles in Scary Movie, Texas Rangers, and Teenage Mutant Ninja Turtles, among others, he’s best known for playing the Nice Jewish Boy.

According to Biggs, that’s not exactly by choice. “The American Pie success has been so wonderful for me, but it’s also locked me into a certain type of role,” he told Rolling Stone in July. “It’s limited my options.” In other words, dayenu.

The first season of OITNB ends with Bloom and Chapman’s relationship on the rocks, so it’s unclear what Bloom’s role will be when the series resumes in 2014. Kohan is a brilliant writer and Bloom’s lines are genuinely funny, but cracks about overbearing mothers and lawyer fathers only go so far. Every other OITNB character has a few skeletons in their closet. We’re still waiting for Bloom’s.

Hannah Orenstein is a writer and editor based in New York City. She has interned at Seventeen, the Huffington Post, Mashable, and Her Campus, and is currently an entertainment writer for NYU Local. She will graduate from NYU in 2015 with degrees in journalism and history. Find her at @hannahorens.