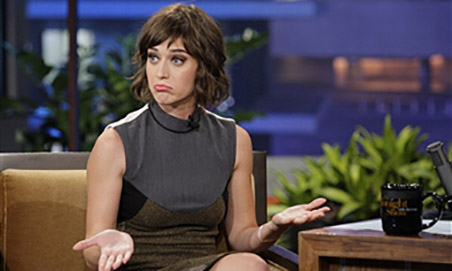 If there was any question whether 31-year-old Masters of Sex actress Lizzy Caplan was awesome or not, everyone will now know she rocks. Lizzy dropped by Paul F. Tompkin’s web series Speakeasy for an interview where the comedian asked her to facially recreate a series of scary, gargoyle-looking memes. One of which, she claims, looks like a cross between “Ken Marino and Barack Obama.” It really does.

Lizzy’s world is changed when she learns a meme is not only video-based, but can also be made from a “gif.” But then she confuses that with “jif” and it makes her think of peanut butter. And then they have a moment of silence.

Lizzy goes on to flawlessly imitate well known meme faces (there are such things), like Forever Alone and rage face. This is not to be be missed! Girl can act.