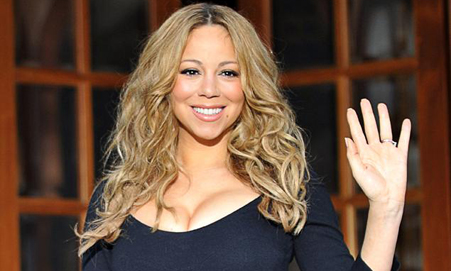 “I hear you are from Israel,” Carey said to Gavrielov, “Shalom.” Then she went with a “Shanah tova,” which was confusing but still counts.

Gavrielov sang Amy Winehouse’s cover of “Valerie,” and the judges loved it, voting unanimously to send her on to the next round. Nicki Minaj said Gavrielov had the look, voice, and personality make it all the way on the show, adding, “I just want to say that I love you.” Keith Urban, who is apparently an American Idol judge now, said he loved her vibratto.

“Sababa,” Carey chimed as a beaming Gavrielov left the room. Here’s to hoping for a few ‘mazel tovs’ from Carey as the season progresses.