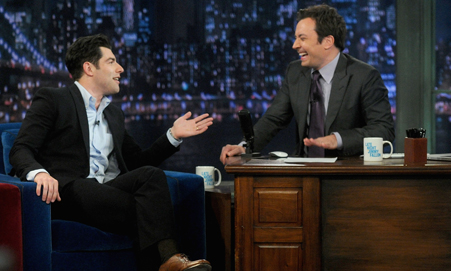 Max Greenfield, the man behind New Girl’s Schmidt, stopped by Late Night with Jimmy Fallon last night and, naturally, talked about his mother and his bar mitzvah.

He called his mother right away when he found out he got nominated for an Emmy, and her response was “You’re nominated against SAUL?” He imagines her spitting out her Nespresso coffee (“They just got a machine, they’re very excited about it”) when he listed the rest of the nominees.