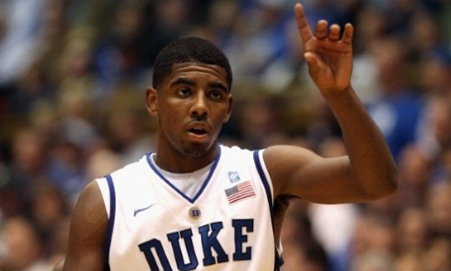 Over at Tablet, Jordan Teicher introduces us to Sandy Pyonin, a little-known basketball coach from New Jersey who’s been responsible for getting 34 players to the NBA, most notably Kyrie Irving and Al Harrington. His latest prospect? Tyler Roberson, who recently committed to Syracuse.

Still, no one seems to have heard much about Pyonin, whose day job is at Jersey’s Golda Och Academy, where he runs the basketball program and teaches gym class. The guy doesn’t even have a Wikipedia page. What gives?

Former players regularly use the word “crazy” to describe their coach—crazy as in ridiculously focused, intense, and fanatical. Zack Rosen, point guard for Hapoel Holon of the Israeli Super League, trained with Sandy from 2003 to 2005. “The guy knows the game and he knows how to work you. He pushes you every day.” Before joining Hapoel Holon, Rosen had an accomplished career at the University of Pennsylvania, winning Ivy League Player of the Year in 2012 and earning a spot on the Philadelphia 76ers Summer League roster after graduating. Rosen believes Pyonin helped him develop a strong work ethic in those early years at the Y.