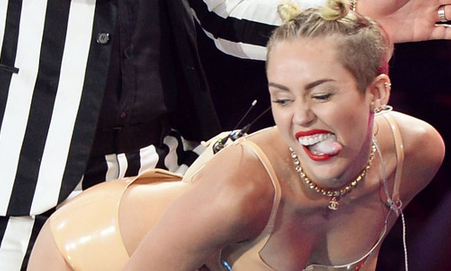 Helloooooo, Israel! Miley Cyrus is apparently coming your way. But you’ll have to wait until next summer to enjoy the madness. We know that’s a long way off, but don’t worry, you might not even like her music by then. The Jerusalem Post reports:

Apparently still in the discussion stages, the television station that broke the story says Cyrus’s “people” are in advanced planning stages for the show. They say the performance will be on a smaller scale than Rihanna’s October performance, but there is no doubt it will stir some controversy.

Controversy, no doubt! She’ll hop on a plane to TLV with a dream and her cardigan. She’ll come in like a wrecking ball. She can’t stop, and she won’t stop. You understand.

We’re looking forward to the show, Cyrus. You better shock us. Until then, we have this.