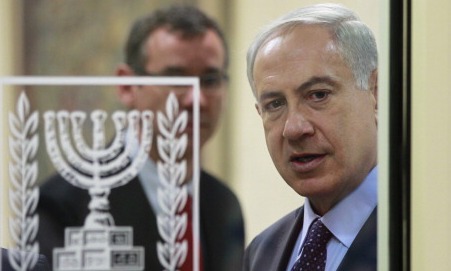 Remember last year when a group of Israelis made a series of “We Love You Iran” YouTube videos in an effort to subvert the de facto enmity between the two countries? The feelings were mutual, and the whole exchange was heartwarming and inspiring and reminded us all that the opinions of a country’s citizens can be quite different from those of their government.

If the people of Iran were free, they could wear jeans, listen to Western music and have free elections. You, the Persians, will never get rid of this tyranny if it is armed with nuclear weapons. For God’s sake, don’t let them have nuclear weapons.

If this sounds a bit desperate, that’s because it was. But the main problem was that Netanyahu did not really have his facts straight. Just after the statements, Iranians took to Twitter to let the world know that Western music and culture is a part of their lives.

.@netanyahu Here are my #Jeans and #Western music you idiot. pic.twitter.com/pxv2hqv8WV

@netanyahu I'm wearing #jeans like many other young & old people in #iran pic.twitter.com/OXUsJounwF

And, if Netanyahu’s statements come across as a #fail, that’s only because his information was a bit outdated. It is true that many progressive Iranians don’t agree with the views of their current leaders who were all preapproved prior to the election. Perhaps a more educated dialogue between the people of Iran and Israel might still prove helpful in the future.

Adam Rotstein is recent graduate of Wesleyan University. He lives in New Jersey and likes dogs.