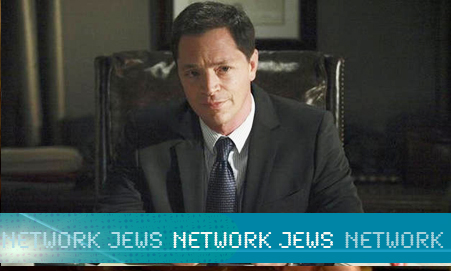 Many of television’s most compelling series are populated by characters so complex, so dynamic, so real that a viewer could easily imagine them existing outside the confines of a glowing screen. ABC’s Scandal is … not one of those series.

Sure, its cast of brilliant Washington insiders may look like a rainbow coalition. But their ambitious, hyper-competent personalities are nearly identical, and they all speak in the same rat-a-tat register that creator Shonda Rhimes first perfected on Grey’s Anatomy. During its truncated first season, the show cared so little about distinguishing these people from one another that my roommate and I made a game of trying to remember the names of the glamorous lost souls who work for the superhumanly capable Olivia Pope (Kerry Washington). To this day, we exclusively refer to Darby Stanchfield’s Abby Whelan as “Long Red.”

First, the good one: While Olivia and her ilk run around disturbing crime scenes, covering up their clients’ misdeeds, and even rigging presidential elections—all in the name of “wearing the white hat,” the show’s much-repeated idiom for being a good guy—David shows a Javertian devotion to upholding the law. Even more importantly, he’s the only person in Washington who calls Olivia out for pretending the nation’s rules don’t apply to her. “You just expect me to bend the law for you once again, out of blind faith and admiration,” he tells his frenemy at the beginning of Season 2. “You pour a good bourbon, Olivia—but so does the dive bar down the street.” Translation: “I won’t back down, no matter how flawless you look in that cream-colored suit.”

And David isn’t afraid to speak truth to even higher powers, either. When he spots the CIA waterboarding Olivia’s hacker-slash-assassin Huck—after that tortured genius is arrested for apparently shooting the president; did I mention that Scandal is amazing?—the lawyer is rightfully horrified. One hour (and more than a few impassioned monologues) later, Huck is freed, thanks largely to David’s crusade.

But even though David reigns as Scandal’s moral center—or perhaps because he does—the show seems determined to make him the unluckiest TV character this side of Jerry Gergich. Olivia and co. repeatedly defeat David in court, despite his careful preparation and airtight arguments. His quest to tell the world about how Olivia fixed the election ends with David losing his prestigious government job, being reduced to teaching a high school civics class, and facing financial ruin so great that his mother has to start paying his rent. Oh, and then he wakes up next to a butchered blonde. (Don’t worry—he’s being framed.)

As the man himself moans—in one of his only overt allusions to being Jewish—he must be the “single most unlucky schmuck” on Earth. Despite his perch on the moral high ground, David eventually finds himself asking Olivia for her help, as well as a job—though at least he’s continually conflicted about his decision. (“Did you take a commission when I sold my soul to the devil?” he asks Olivia at one point, seeming deadly serious.)

By contrast, actor Joshua Malina has led a charmed life. He’s had the good fortune to play variations on David—whip-smart, idealistic, more than a little nerdy—on both Sports Night and The West Wing, Scandal’s most prominent spiritual ancestors. (Theory: Shonda Rhimes is Aaron Sorkin minus sanctimony, plus sex. Discuss.) It’s no wonder that back in January, Tablet nominated him to succeed Jarrod Bernstein as the White House’s official Jewish community liaison.

Knowing that Malina’s made a career out of playing this one guy does diminish David’s novelty somewhat … but either way, he remains Scandal’s most likeable and empathetic figure, especially once you factor in Malina’s obsessive live-tweeting of the show. And I really do hope that he and Long Red can work things out in the end.