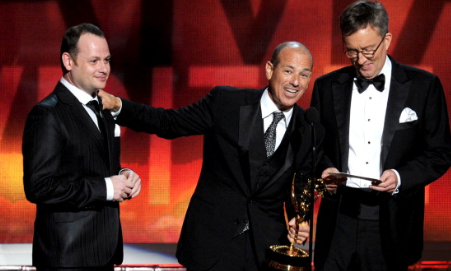 With Homeland plotlines twisting and turning with no end in sight, it’s about time we got a brand new show from its creator Gideon Raff. Working with Heroes’ Tim Kring, the two have brokered a deal with USA Network for Dig, an archeological thriller set and filmed in Jerusalem, Variety reports.

“Dig” returns to Raff’s trademark formula of suspense, Middle Eastern intrigue and razor-sharp plot twists. The program will follow a U.S. agent named Peter stationed in Jerusalem. While investigating the murder of a woman, he stumbles into a 2,000-year-old conspiracy embedded in the archeological mysteries of the ancient city.

Jerusalem Mayor Nir Barkat has granted the crew access to the city, and he seems pretty excited about it.

“When Hollywood and the Holy City meet, the sky is the limit,” said Barkat.

The show is set to come out in 2014. Next year in Jerusalem.