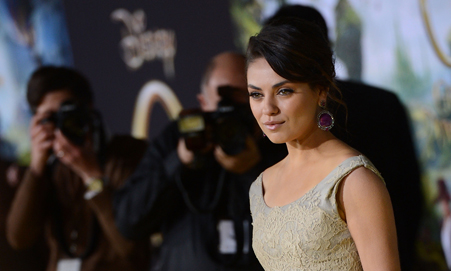 The Sex Tracker survey was conducted, online no doubt, by XCritic.com and Vivid Entertainment (move over, Quinnipiac). Kunis led with 38 percent of the vote, Jennifer Lawrence got 23 percent, Sofia Vergara got 15 percent, and former Disney star Selena Gomez got 10 percent, which just seems wrong.

Mazel tov, Mila. You mother must be so proud.