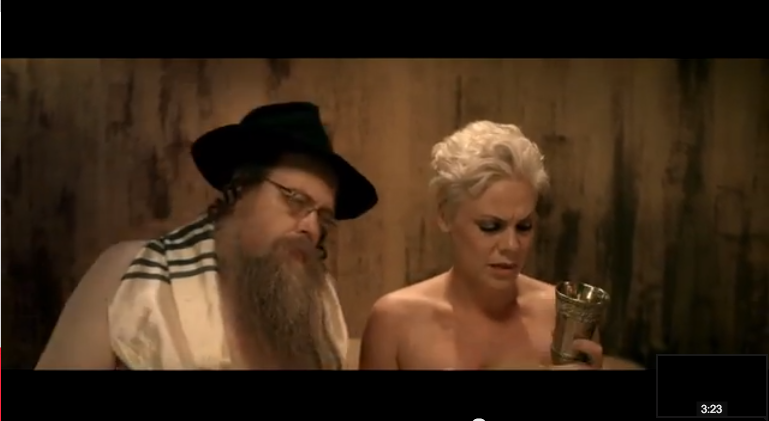 P!nk, born Alecia Beth Moore to a Jewish mother, was just named Billboard’s Woman of the Year Mazal tov. She’s the 8th woman Billboard has awarded, and although we are proud of our Jewish sister and her accomplishment, we are left wondering one thing: where is Rihanna on this list that includes Reba McEntire, Taylor Swift, Beyonce and Katy Perry?

Barring the year 2008 (when she was opening for Kanye West on his last solo tour), Rihanna has released a top selling album every year since 2005. You can literally mark the past seven years of your life with the Rihanna song that was playing in the background. “Pon De Replay” played at your Bat Mitzvah, “Disturbia” at your Sweet 16, “S&M” at your high school graduation and “We Found Love” during every frat party your freshman year of college. We learned about life and love with Rihanna, and she taught us how to overcome and power through. Her Wikipedia page is literally too long, overflowing with accolades and accomplishments, to even read. Time named her one of the World’s Most Influential People. Plus, she’s got love for the Jews. Rihanna called traveling to Israel an “Amazing amazing experience” and had a short-lived fling with Drake—the ultimate good Jewish boy. Who knows if she might’ve converted had things progressed.

I guess Rihanna hasn’t come out with an album this year yet, but the rumor mill is churning with recent news from MTV Italy about a possible album in November. (Yay!)

We’ll give Billboard credit for naming Rihanna the top artist of the 2010s. At least they’re acknowledging her greatness, but to be honest, we’re not even halfway through the decade and it seems a bit premature to even give out that award.

One last shout out to P!nk, though, for not really caring what other people think. This post was really just an excuse for us to tell you she’s Jewish and show you this still from her “Raise Your Glass” video.