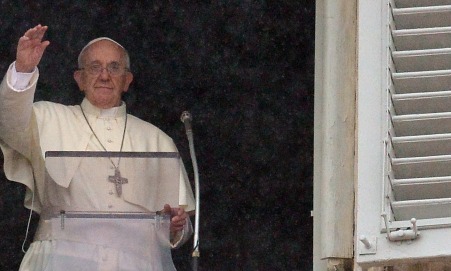 With Pope Francis’ progressive view of homosexuality, Atheism, and other former Catholic taboos, he’s garnered quite a lot of fans, one of the biggest being Jon Stewart. If you need some midday entertainment to go with your coffee, watch Stewart praise the Pontiff on The Daily Show.

The pope, who has close ties with Jewish people from his time as archbishop of Buenos Aires, says that Jews serve as an example for Christians. He says that they point Christians to the fact that they are always waiting for the Lord’s return, and so must always be open to him and never take refuge in what they have already attained.

Everyone’s on the same page.