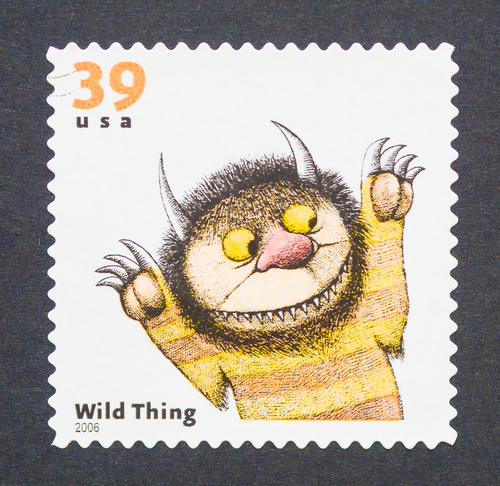 Maurice Sendak, beloved illustrator and children’s book author, died this morning of complications from a stroke. He was 83. Sendak was likely part of your childhood, having written Where the Wild Things Are, Chicken Soup with Rice, and In the Night Kitchen, proving that children’s stories needn’t—and shouldn’t—be sugar-coated and neatly packaged. From his New York Times obituary:

A largely self-taught illustrator, Mr. Sendak was at his finest a shtetl Blake, portraying a luminous world, at once lovely and dreadful, suspended between wakefulness and dreaming. In so doing, he was able to convey both the propulsive abandon and the pervasive melancholy of children’s interior lives.

In the wake of Sendak’s death, tributes have surfaced and old memories have resurfaced. His deeply moving 2011 interview with Terry Gross for NPR’s “Fresh Air” is certainly worth another listen, taking on a new, eery prescience after his death. “There are so many beautiful things in the world which I will have to leave when I die,” he explains, “but I’m ready, I’m ready, I’m ready.”

There is the wonderful story of Sendak responding to a child’s letter, only to learn the child loved the response so much he ate it. There’s President Obama reading Where the Wild Things Are to children at the White House in 2009, and BuzzFeed’s list of the outspoken Sendak’s greatest quotes. On the Scroll, Marc Tracy writes of the Jewish kid from Brooklyn who would go on to collaborate with Carole King, Tony Kushner, and Art Spiegelman:

Sendak’s life and work are pretty inseparable from his Jewishness, and particularly his dark, cynical inflection of it. “The Holocaust,” he once said, “has run like a river of blood through all my books” (he was born in Brooklyn, but many relatives died in the Shoah).

Louis Farrakhan Tells Kanye West Not to Apologize to Jews