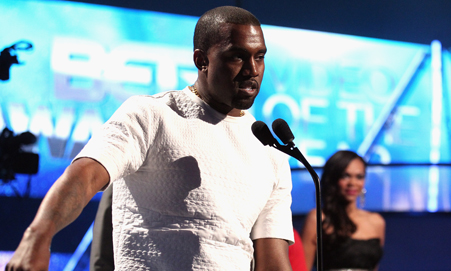 It’s not too often we find people in support of dear Yeezus, the self-proclaimed “God” of hip-hop. Leave it to Minister Louis Farrakhan of the Nation of Islam to defend the rapper and his alleged anti-Semitic comments made about President Obama’s “weak” global connections.

Here are the highlights from the minister’s lofty sermon on Abe Foxman’s press release, which requested an official Kanye apology:

(About Jews) “You’re not all powerful, but you certainly are powerful, and you control the levels of government. You don’t want to admit it,” at the 1 minute mark.

“Kanye West, don’t bow to the pressure to apologize to anybody. You said nothing wrong. I am directly from the christ and the messiah, so what I tell you has more weight than anything that these enemies might want to say,” at the 2 minute mark.

If he wasn’t before, it looks like Minister Farrakhan is now president of the Kanye West fan club. He calls for Yeezus to stand firm on his overreaching comments, and it’s highly doubtful that the filter-less West will break from his beliefs.

But what can we say? Just another day in the life of a God.