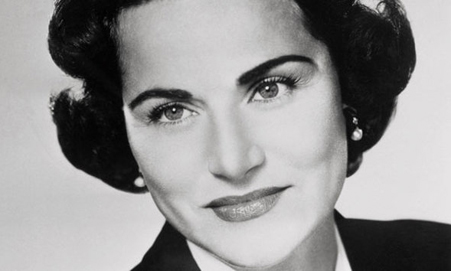 The world has lost a pioneering and unwavering female voice. Pauline Phillips, better known by her pen name Abigail Van Buren or her advice column Dear Abby, died Wednesday at 94 after battling Alzheimer’s disease for more than a decade.

According to the New York Times, “Phillips chose her pen name herself, taking Abigail after the prophetess in the Book of Samuel (“Then David said to Abigail ‘Blessed is your advice and blessed are you’”) and Van Buren for its old-family, presidential ring.” In a completely perfect family detail, the Jewish writer long competed in print with her twin sister Eppie, who wrote as Ann Landers. Now that’s a movie we’d totally see.

If Damon Runyon and Groucho Marx had gone jointly into the advice business, their column would have read much like Dear Abby’s. With her comic and flinty yet fundamentally sympathetic voice, Mrs. Phillips helped wrestle the advice column from its weepy Victorian past into a hard-nosed 20th-century present:

Dear Abby: I have always wanted to have my family history traced, but I can’t afford to spend a lot of money to do it. Have you any suggestions? — M. J. B. in Oakland, Calif.